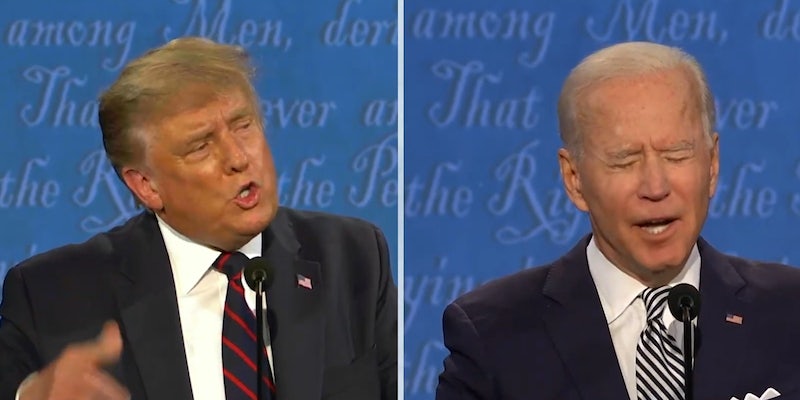 Biden to Trump: ‘Will you shut up man?’

Former Vice President Joe Biden told President Donald Trump to “shut up” during a contentious exchange at the presidential debate on Tuesday night.

Biden was asked whether he would consider packing the Supreme Court if Senate Republicans go ahead and fill the seat vacated by the late Justice Ruth Bader Ginsburg.

Biden used the question as an opportunity to call for people to vote, but as he was talking Trump continued to interrupt, repeatedly asking the former vice president “are you going to pack the court?”

Clearly frustrated by Trump—who has continuously talked over Biden and moderator Chris Wallace throughout the debate—the former vice president finally asked whether Trump would “shut up.”

“Will you shut up, man?” Biden said. “This is so unpresidential.”

“That was really a productive segment, wasn’t it? Keep yapping man.”

The remark caught the attention of people online.

Later in the debate, Biden openly wondered whether Trump would “shush for a minute.”