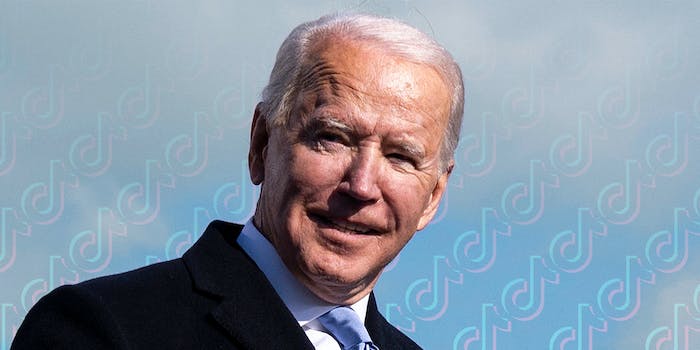 The president has asked for an 'evidence-based' analysis of apps produced by foreign adversaries.

In a statement on Wednesday, the White House announced that Biden has instead replaced the directive with an order to conduct an “evidence-based” analysis of apps produced by foreign adversaries.

The analysis aims to determine whether such apps, including those developed by China, pose an “undue or unacceptable risk” to U.S. national security.

Trump had attempted last year to bar TikTok from app stores in an effort to keep it from being downloaded by new users in the U.S. The ban never went into effect after facing significant legal pushback.

The former president and others raised concerns over TikTok’s parent company ByteDance and whether the Chinese government could force the app maker to hand over data on U.S. users.

TikTok has repeatedly denied such a possibility, arguing that the data of U.S. users does not leave the country: “We have never provided user data to the Chinese government, nor would we do so if asked.”

Biden’s order also outlines specific scenarios, such as if an app is utilized in support of a foreign military or intelligence service, in order to determine whether an app should be deemed as presenting an unacceptable risk.

Despite the political upheaval over TikTok, the app remains one of the most popular social media platforms online. As of June last year, TikTok said that the app had more than 91.9 million monthly users in the U.S.