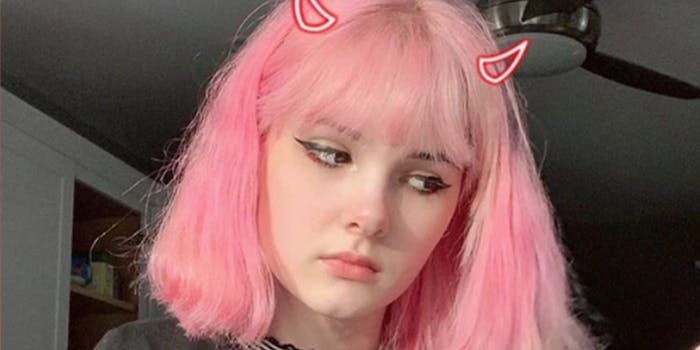 The popular Instagram user was brutally murdered on video in 2019.

A lawsuit filed this week accuses prosecutors in New York of distributing footage that showed an underage influencer having sex and being murdered.

The lawsuit surrounds the tragic case of Bianca Devins, a popular Instagram user who was killed in 2019 at the age of 17. Brandon Clark, a friend of Devins who was 21 years old at the time, is serving 25 years to life in prison for her death.

Clark was convicted of slashing Devins’ throat after the pair returned to Utica from a concert in New York City in July of that year. Clark had previously set up a camera in his vehicle which allowed him to film the pair having sex shortly before the grisly murder. Photographs of Devins’ body were also shared by Clark on social media.

Devins’ family says the Oneida County District Attorney’s Office shared the graphic footage with the press in direct violation of federal law. Devins’ mother, Kimberly Devins, claims she was told that the video would never be released but later discovered that it had been shared with numerous media outlets.

Kimberly claims specifically that the video of her daughter’s murder was provided by the district attorney’s office to “CBS 48 Hours, A&E, a confidante of Clark with a popular YouTube channel and possibly MTV and Peacock TV,” according to the New York Post.

To make matters worse, two prosecutors are accused of sharing nude images of Devins that were discovered on her cellphone at the scene of the crime.

“When confronted, Assistant District Attorneys Sarah DeMellier and Michael Nolan admitted the DA’s office had shared the content,” the suit states. “Kimberly was shattered that her daughter’s murder video and sex video had been released.”

The lawsuit goes on to suggest that the footage may have been shared in order to gain favor with the media after NBC’s Dateline portrayed the district attorney’s office negatively in an unrelated report.

“Upon information and belief, the DA’s Office saw the murder of Bianca Devins as the perfect opportunity for redemption in the media, and as a result, courted the press and documentary makers [by] enthusiastically turning over… illegal evidence to them that exploited Bianca’s privacy and rights, not to mention federal child pornography laws,” the suit states.

“Our family is forced to live the violence over and over on social media because of what the murderer posted,” Kimberly said. “It’s unbearable that the ones who were supposed to protect Bianca—the DA’s Office—are instead engaging in child pornography as if she has no right to privacy.”

“It hurts my heart and confuses my brain that a 17-year-old murder victim would be further abused by authorities who gave no damn about her privacy. Bianca will be vindicated here,” Goldberg said. “And the world should be on notice that even possessing sexual material of Bianca—or anybody under the age of 18—is illegal.”

Kimberly also noted her family has still not been given access to the video or other evidence by the district attorney’s office.