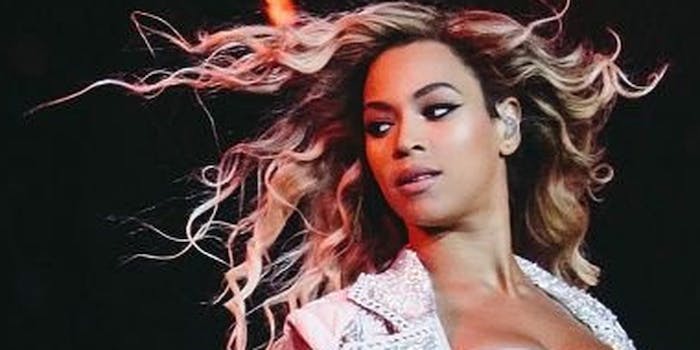 When you’re as big as Beyoncé, your name and likeness are everywhere, including on tons of unofficial merchandise. Beyoncé Jesus T-shirt, anyone? Hand-painted Beyoncé wine glass? All of it seems to be fair game, except—as Etsy just found out—for engagement-related puns.

It seems the clearinghouse of sad boyfriend attire and regrettable DIY crafts received a cease-and-desist letter from Queen Bey’s lawyers over mugs bearing the cringeworthy portmanteau “Feyoncé.” You know, like “Beyoncé” + “fiancée.” Because you’re going to need something to drink from between the proposal and the marriage itself. The sort of product that makes you want fill your pockets with stones and walk into the ocean. 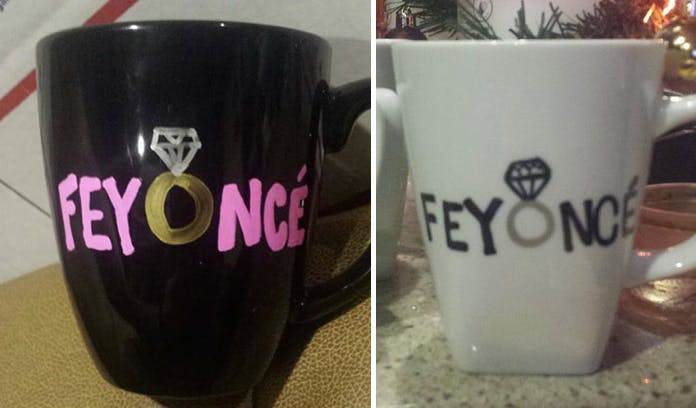 Etsy responded to the threat of a lawsuit by yanking the mug set in question, though plenty of other retailers had the same horrible idea, so don’t panic, you Beyoncé-loving betrotheds. Also, consider having any kind of personality beyond really liking one pop star in particular.