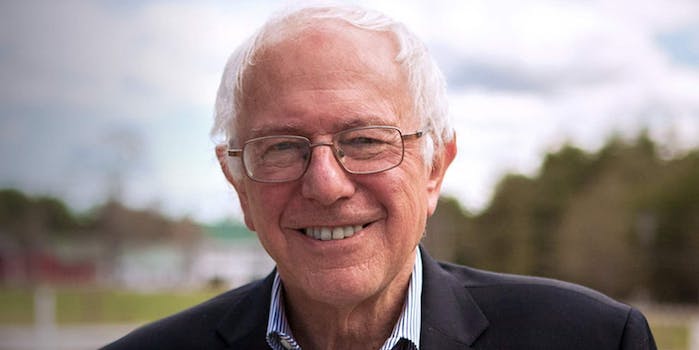 Can Bernie Sanders beat Hillary Clinton? That's up to you.

As Sen. Bernie Sanders (I-Vt.) kicks off his 2016 presidential campaign in Vermont, the senator is questioning the morality of the United States economy.

“Ninety-nine percent of all new income generated today goes to the top 1 percent,” he told CNBC. “The top one-tenth of 1 percent owns as much wealth as the bottom 90 percent. Does anybody think this is the kind of economy we should have. Do we think it’s moral?”

Sanders sarcastically refers to Republican President Dwight Eisenhower as a “radical socialist” because of the 90 percent top tax rate during his tenure.

Sanders’ focus on the economy matches, in large part, the American people’s concerns. The economy was ranked as a top priority by 75 percent of Americans in a Jan. 2015 Pew poll, albeit the focus on economic issues is relatively shrinking as the economy improves following the 2008 collapse.

On Sanders’ website, two big economic issues make up a full two-thirds of his cornerstone issues: Income inequality and getting big money out of politics.

But can a socialist progressive beat the behemoth that is Hillary Clinton?

From Sanders’ point of view, the attendance and energy he sees at events shows he’s got a chance. From the media point of view, however, Sanders is sometimes relegated to an afterthought or forgotten altogether.

Online and in more progressive circles, however, Sanders’ candidacy is being taken much more seriously. In response to comparisons between Ron Paul and Sanders, the Washington Post‘s Robert Costa said the energy of Sanders’s followers amounts to “a movement” that puts pressure on Clinton, especially in primary states like Iowa.

“He doesn’t need to win in Iowa, but if he can show in Iowa, then he goes into his neighboring state of New Hampshire and he could become a problem [for Clinton],” Costa argued.

Sanders’ first major campaign rally takes place tonight, May 26, in Vermont at 5pm ET. You can watch it live here.