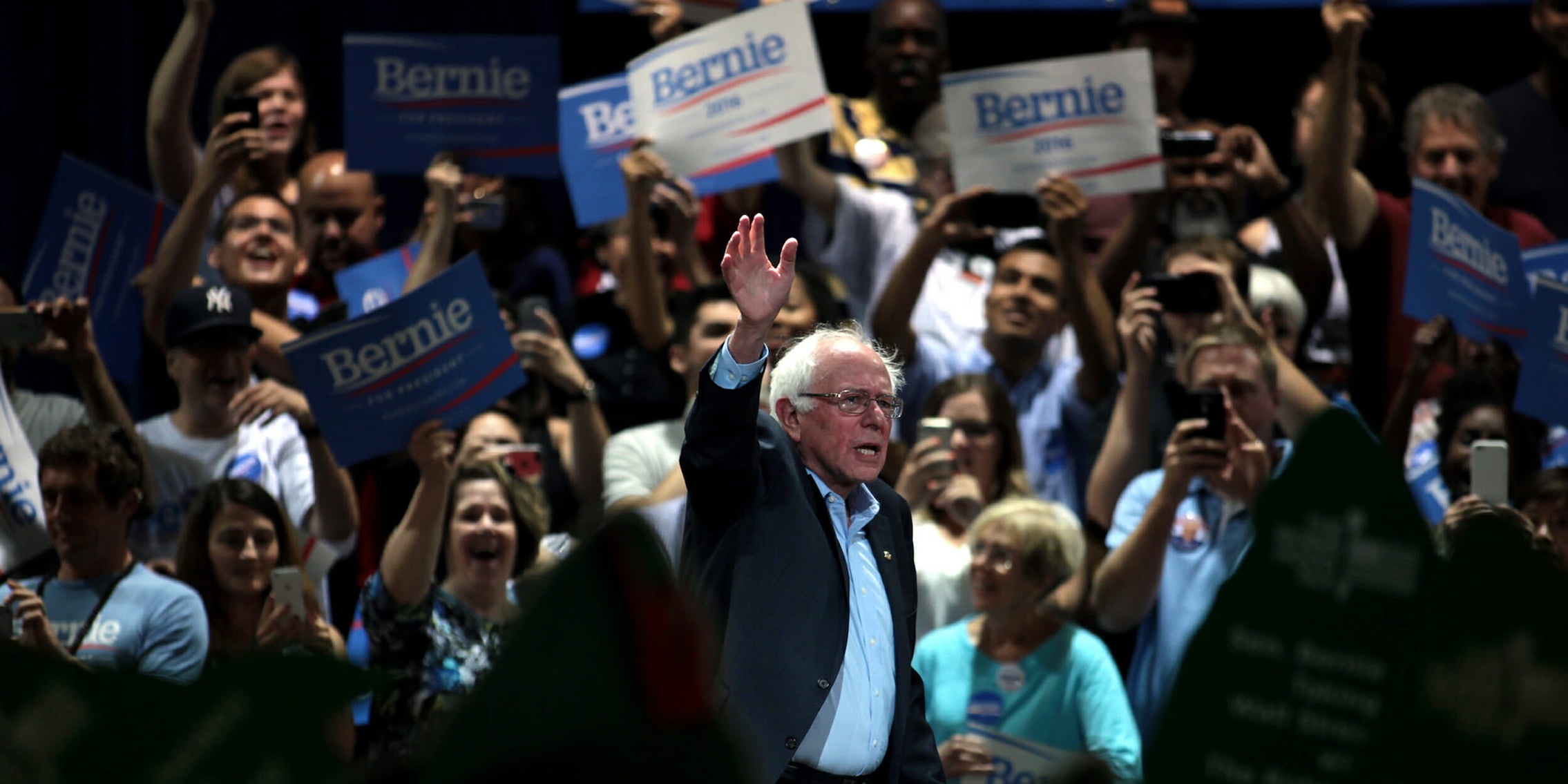 Democrats demand Bernie Sanders get his supporters in line

As Democrats begin to form their strategy for the 2018 midterm elections and beyond, prominent members of the party are asking Sen. Bernie Sanders (I-V.t.) to reign in his supporters and their demands for ideological purity among possible candidates.

Politico reports that Sanders’ still-loyal supporters bashed Sen. Kamala Harris (D-Calif.), who is seen as a rising star in the party and potential candidate to challenge President Donald Trump for the presidency in 2020. As a result, Democratic senators and groups have told Sanders and his allies that he needs to corral his supporters if he wants to be a leading figure in the party moving forward.

“It’s a huge frustration. Senators roll their eyes and acknowledge it’s one of the biggest threats to the Democratic Party, the division that they sow,” a senior Democratic Senate aide who has worked with Sanders’ office told Politico. “It would be so helpful for him to be more forceful or forthright that this isn’t the point of what his efforts were.”

Party unity will be important for the Democrats heading into 2018, where they have a chance to win a majority in the House of Representatives and gain control of governors offices, party officials say.

Hillary Clinton, Sanders’ opponent in the 2016 primaries, touches on the divisiveness of Sanders’ supporters in her new book What Happened and says the attacks from Sanders had lasting damage on her as a candidate—and, subsequently, his base of supporters contributed to Trump’s win.

The argument holds some weight, as studies have found that at least one in 10 supporters of Sanders’ in the primary voted for Trump during the general election rather than staying in line with the party and voting for Clinton.

The concern among Democrats, according to Politico, is that Sanders has not done enough to get his progressive backers to work with the Democratic Party and focus their attacks on Republicans, not members of the same party, ahead of the 2018 midterms.