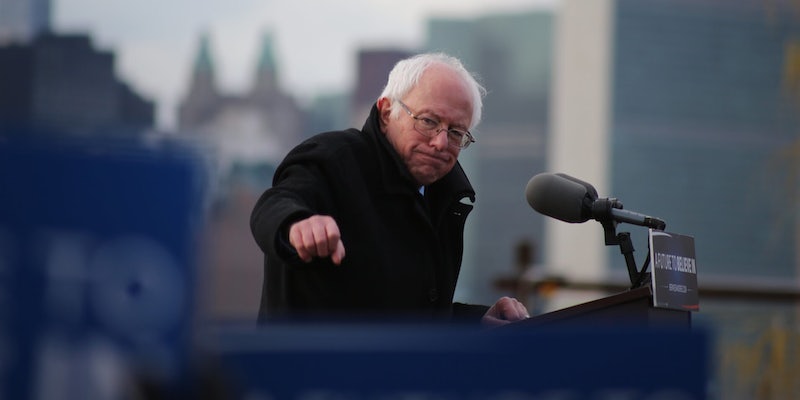 The money gained would be used to pay for his affordable housing plan, universal childcare, and also go toward Medicare for All.

2020 Democratic presidential hopeful Sen. Bernie Sanders (I-Vt.) unveiled a plan on Tuesday to tax the wealthiest Americans as a way to pay for a slate of proposals he hopes to enact if elected.

The plan from Sanders, dubbed “Tax on Extreme Wealth,” would apply to the top 0.1 percent of American households.

The plan says the money collected from the new tax would be used to implement an affordable housing plan, universal childcare, and be used toward Medicare for All.

“Let me be very clear: As president of the United States, I will reduce the outrageous and grotesque and immoral level of income and wealth inequality,” Sanders told the New York Times. “What we are trying to do is demand and implement a policy which significantly reduces income and wealth inequality in America by telling the wealthiest families in this country they cannot have so much wealth.”

The plan from Sanders is similar to the one proposed by fellow 2020 hopeful Sen. Elizabeth Warren (D-Mass.).

In its rollout, Sanders repeatedly criticized billionaires, saying they should not exist.

Billionaires should not exist. https://t.co/hgR6CeFvLa

There is no justice when three billionaires are able to own more wealth than the bottom half of the entire country.