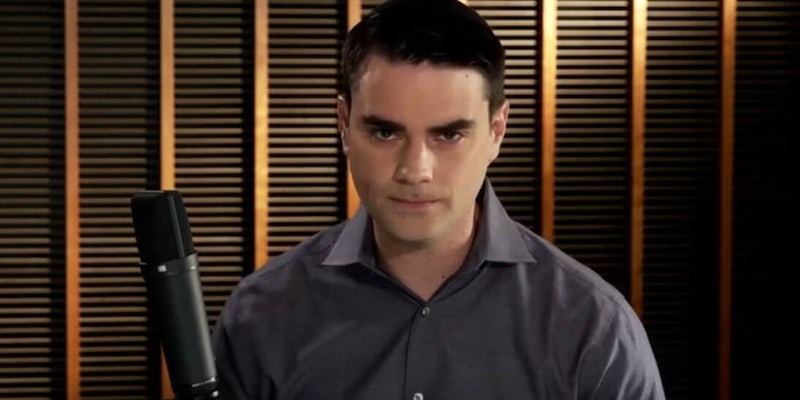 Conservative pundit Ben Shapiro questioned the legitimacy of sexual harassment allegations made against Supreme Court Justice Brett Kavanaugh on Monday on the basis that the accusers haven’t described the judge’s penis.

Shapiro made the point in a longer monologue during his show for the Daily Wire that if sexual assault accusers are indeed telling the truth then they’d be able to say what a perpetrator’s genitals look like.

A clip of the moment was published on Twitter by Media Matters researcher Jason Campbell on Monday.

Ben Shapiro dismisses allegations of sexual assault against Brett Kavanaugh with "Nobody has yet described Kavanaugh's [genitalia]" pic.twitter.com/j7HiXsB5zb

“We’ve had a bevy of public figures in recent years who have had their genitalia described on national television by people who alleged sexual assault,” the commentator said. “Right, Stormy Daniels famously described President Trump’s genitalia, Bill Clinton’s genitalia, details of such were talked about. Nobody has yet described Kavanaugh’s genitalia. Now that’s not dispositive, maybe they were generic, who knows.”

The reflections were prompted by a new allegation against Kavanaugh published on Saturday in the New York Times. The Times reported that, when a student at Yale University, he pulled down his pants at a drunken party where his friends forced his penis into the hand of a female student. The female student in question declined to be interviewed and, according to her friends, does not recall the incident.

A previous accusation was made by a woman named Deborah Ramirez who said that Kavanaugh showed his penis to her at a Yale as well.

It, of course, goes without saying that the truth of a sexual harassment or assault victim’s testimony is not at all dependent on their ability to describe this aspect of their attacker.

My life was a lot better before I had to think about Ben Shapiro thinking about Brett Kavanaugh's dick.

Apart from the fact that Shapiro’s point is callous and beyond flawed, it’s an odd hill to die on since without knowing himself what Kavanaugh’s penis looks like, he would be unable to verify the accuracy of the victim’s description anyway.