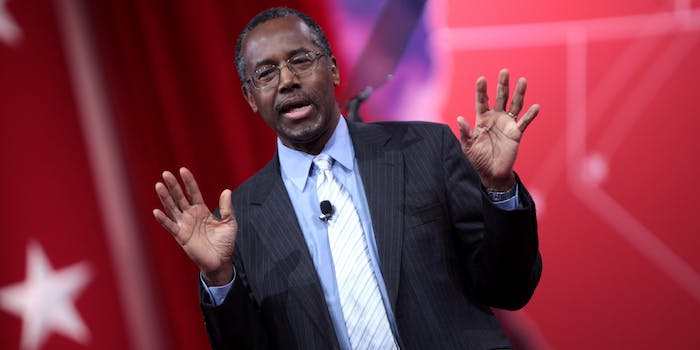 Remember: This is just one poll.

Watch your back, Donald Trump. Former neurosurgeon Ben Carson is leading nationally for the first time, according to a new CBS News/New York Times poll of Republican primary voters.

Carson topped the poll with 26 percent of support, 4 points behind Trump, who came in second with 22 percent respondents’ support. Carson’s lead is within the poll’s 4-point margin of error.

On average, Trump is still the nation’s leading Republican presidential candidate, with a nearly 5-point advantage over Carson. Trump has 26.8 percent of support with Carson at 22 percent of support for the nomination, according to Real Clear Politics‘ poll averages. 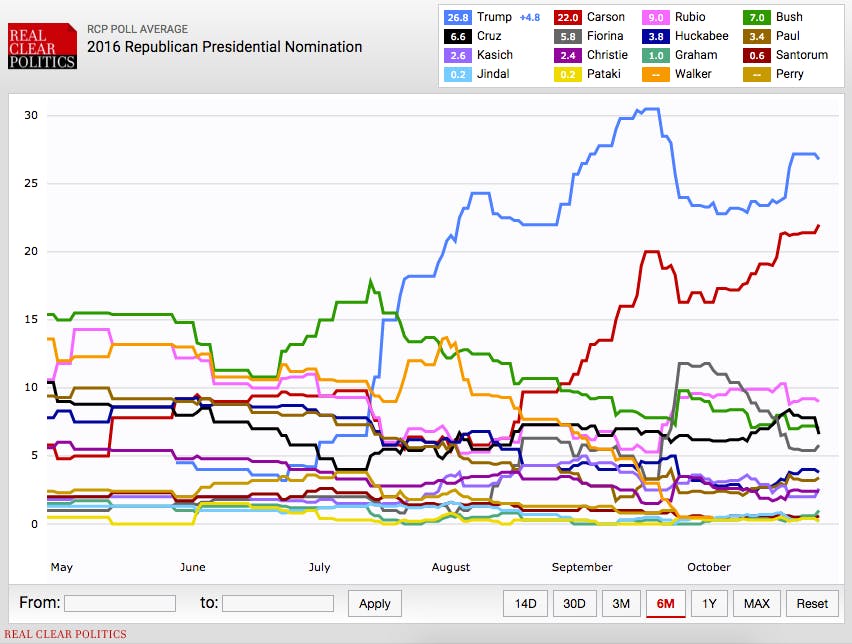 Both Trump and Carson led the rest of the Republican pack by large margins in the survey. Florida Sen. Marco Rubio gained 8 percent of support while former businesswoman Carly Fiorina and former Florida Gov. Jeb Bush only received 7 percent of votes, according to the survey.

Carson also leads Trump in four Iowa polls, causing a conundrum for the bombastic business man, who has led in the early-caucus state since August.

Just last week Trump came under fire in Iowa after claiming that his intern retweeted a tweet that criticized the state after a Quinnipiac poll showed Carson leading.

That poll showed Carson leading with 28 percent of Iowa’s support, 8 points over Trump’s 20 percent. A previous Quinnipiac poll on Sept. 11 found Trump leading with 27 percent and Carson only at 21 percent, reported the New York Times.

As for Carson’s first lead in a national poll, it was conducted by telephone between Oct. 21-25 with a random sample of 1,289 adults nationwide with 1,136 of that sample being registered voters, according to CBS News.