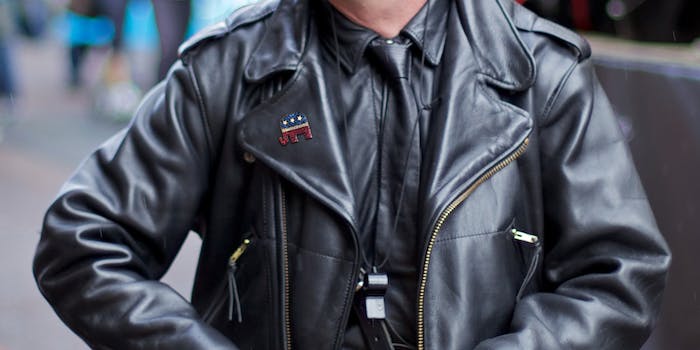 On Wednesday night, kink-loving Internet perusers typed the url BDSM.org into their Web browsers and were met with a fetish-filled surprise.

The fetish domain is registered in Paris, France, to one Jory Bell, who created the site years ago. The domain was updated in July of this year, according to WhoIs records. It’s unclear whether Bell redirected BDSM.org to the GOP page—a quick and easy thing for a domain owner to do—or whether a hacker handled the switcheroo from afar.