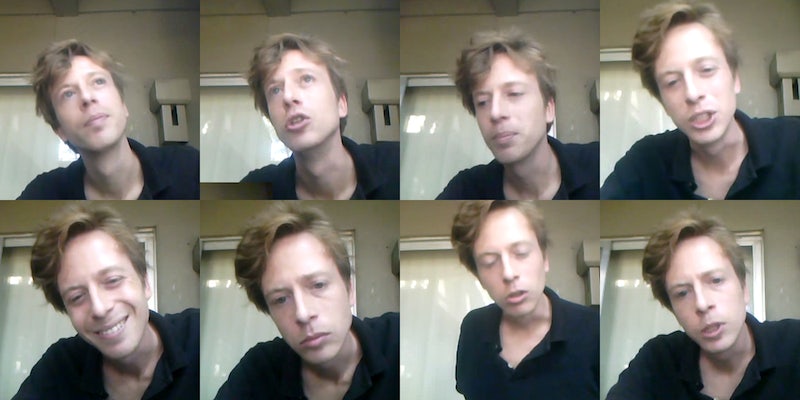 In a decision some say has broad implications for the press and Internet freedom, a federal court in Texas has sentenced journalist and Anonymous-linked instigator Barrett Brown to 63 months in prison.

Charged on three counts, Brown received 48 months for the first count, 12 months for the second, and three months for the third, to be served consecutively. The counts include accessory after the fact in the unauthorized access to a protected computer, transmitting a threat in interstate commerce, and interference in the execution of a search warrant.

Brown has already spent more than two years behind bars. That time will be deducted from the sentence handed down Thursday afternoon in Dallas.

Attorneys for #BarrettBrown talking to the press outside of court. pic.twitter.com/WsbvybuytN

In total, Brown could spend as much as two more years in prison. Charles Swift, Brown’s defense attorney, tells the Daily Dot Brown may have an additional 12 months deducted from his sentence if he completes a prison drug-treatment program.

Brown was arrested in 2012 after making “threatening” statements directed toward an FBI agent in a YouTube video. He was later charged for sharing a link that contained email addresses and credit card numbers stolen by Anonymous offshoot AntiSec, led by hacker Jeremy Hammond, from Texas-based intelligence firm Stratfor. Brown also faced obstruction of justice charges for hiding his laptop in his mother’s kitchen. His original list of charges carried a maximum sentence of 105 years.

Hammond is currently serving the remainder of a 10-year sentence at a prison in Kentucky.

The prosecution conceded that there was approximately two hours between the time the link to the Stratfor information was posted online and when Brown shared the link in a chatroom of his crowdsourced research effort Project PM.

Prior to sentencing, Judge Samuel Lindsay said that he took all of Brown’s behavior into consideration before issuing his sentence. Because Brown “insisted in organizing criminal activities” through his connections with Anonymous, Lindsay shot down criticisms that his decision would hurt press freedoms or put average Internet users in jeopardy.

The decision is “not going to chill any First Amendment expression by any journalist,” Lindsay said.

Update 4:10CT, Jan. 22: The following statement attributed to Barrett Brown was released by the Sparrow Project after his sentencing:

“Good news! — The U.S. government decided today that because I did such a good job investigating the cyber-industrial complex, they’re now going to send me to investigate the prison-industrial complex. For the next 35 months, I’ll be provided with free food, clothes, and housing as I seek to expose wrondgoing by Bureau of Prisons officials and staff and otherwise report on news and culture in the world’s greatest prison system. I want to thank the Department of Justice for having put so much time and energy into advocating on my behalf; rather than holding a grudge against me for the two years of work I put into in bringing attention to a DOJ-linked campaign to harass and discredit journalists like Glenn Greenwald, the agency instead labored tirelessly to ensure that I received this very prestigious assignment. — Wish me luck!”