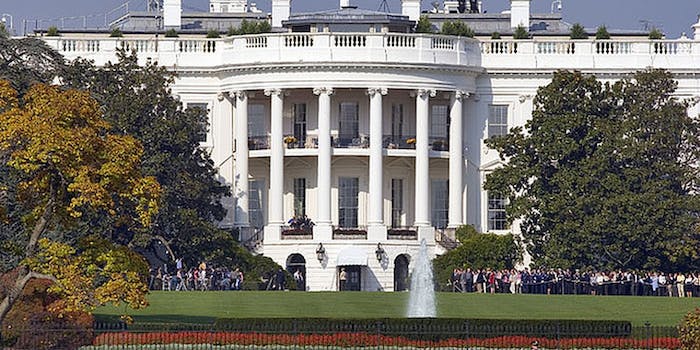 The White House now has an official presence on the location-based social network.

The White House is on the move, and it wants people to know.

So far the White House has checked in at two different places along Obama’s five-city tour. At the second stop in Decorah, Iowa, on Tuesday the account uploaded a photo and a blurb of Obama addressing 500 residents about the economy.

In less than 24 hours the White House collected more than 15,000 followers, which is nothing compared to the 2.3 million it has on Twitter and the 1.3 million people who have liked it on Facebook. (Foursquare itself recently reported that it has more than 10 million users.)
You have to hand it to Obama’s campaign team. As the 2012 presidential elections bear down on the country, they’re sticking with the medium that won him the presidency in the first place: Web, Web, and more Web.

But compared to his early embrace of Twitter, Obama’s a bit behind the curve here. Foursquare was created in 2009 by Dennis Crowley and Naveen Selvadurai.

Users can earn badges when when checking in at various locations using their smartphone or other mobile device.