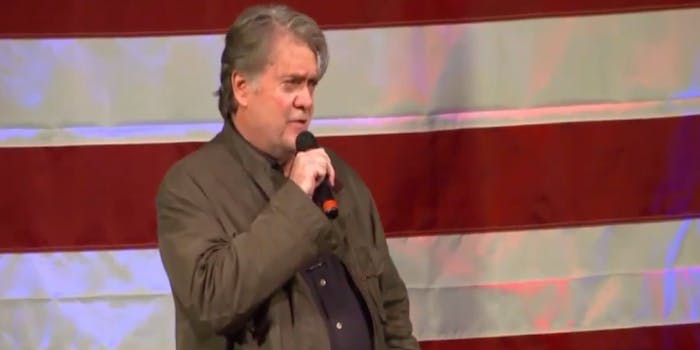 Here’s a sample of some of the things Bannon said during his stump speech:

You can watch all of Bannon’s speech here.