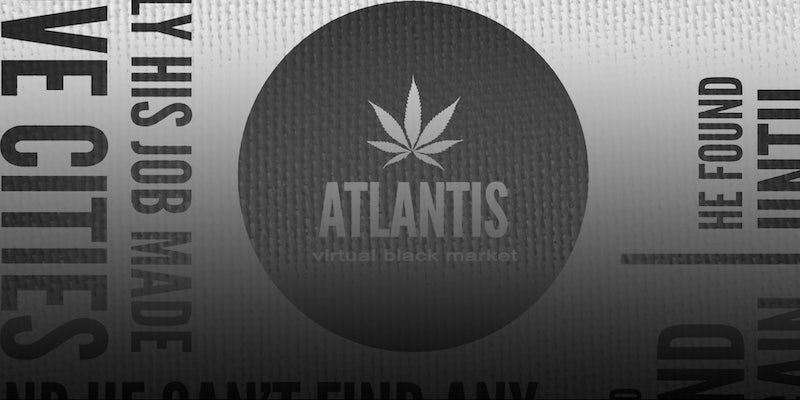 Atlantis: The online black market for the masses

This underground drug site's advertising plan is so crazy, it just might work

The team behind Atlantis, an online black market created earlier this year, decided that June 26—just two weeks after Edward Snowden revealed the existence of massive National Security Agency surveillance programs and started a worldwide conversation about privacy—was the day they’d up the ante and launch a huge publicity push for their illegal drug marketplace.

This moment of uncertainty was, to say the least, a counterintuitive time to break into the public sphere.

After a focused search around the Web for employees beginning about a month prior, Atlantis executives Loera and Vladimir made the necessary hires, paid them in Bitcoin, and directed them to produce a slick 60-second commercial that would get the world’s attention.

The commercial is straight out of Silicon Valley, with pleasant music, hipster cartoon characters, designer fonts, and an upbeat attitude. It took several revisions until the final version was ready but the idea was consistent throughout development.

It’s all part of Atlantis’s strategy to compete with the reigning king of underground drug markets, Silk Road.

Silk Road is built on Tor, an anonymizing tool that makes it difficult (though probably not impossible) to trace Internet traffic and user activity. The market uses Bitcoin, a virtual currency that lends itself to anonymity, to make transactions as painless and untraceable as possible.

Since Silk Road’s February 2011 launch, various new markets have sprung up to occupy their own niches. A few, such as the relatively quiet Black Market Reloaded, have been successful in their own right. However, thanks to the immense legal, technical and financial pressure that running a major black market entails, no other entity has ever challenged Silk Road for center stage.

That changed earlier this year.

One month ago, Atlantis burst into the public consciousness when it finally published a highly polished commercial showing just how easy it is for an average person to order drugs on its website.

Just prior to the last month’s commercial launch, Atlantis had recently passed the milestone of $500,000 of products sold. The commercial went live on YouTube and spread across the web through influential websites such as The Verge, The Huffington Post and BuzzFeed.

Silk Road makes tens of millions of dollars per year and boasts a loyal and still growing following. Impressive as that is, the global drug trade sees hundreds of billions of dollars trade hands each year. Atlantis’s stated goal—and its smartest possible strategy—is to aim for new customers, the millions of drug users who have never heard of or used Silk Road, but who want an easier and safer way to buy their pot.

In the days following its release, the Atlantis commercial received 50,000 views and incited a riot in the comment section.

With the NSA leak fresh in their minds, thousands of commenters wondered how such an operation could be safe, and if it wasn’t just a honeypot cooked up by the NSA itself to catch drug buyers.

Most people were understandably unfamiliar with Tor (which, it must be said, was originally sponsored by the U.S. Navy), the anonymizing technology used by Atlantis, Silk Road and most black markets. Atlantis’s goal with the video was to change that.

Astonishment, shock, and backlash were inevitable. However, with the thousands of vocal skeptics came thousands of curious onlookers who gave Atlantis at least a peek. A few even decided to give them their coin.

In the month since the release of the commercial, Atlantis has continued its impressive growth.

“The commercial was a great success,” wrote Loera, an Atlantis cofounder. Hundreds of users signed up and several media sites were blown away that we advertised our market to the public. At this point in time, we have over 60,000 users, have processed over 10,000 sales and have 5,168 items listed. These numbers are continually increasing as we continue to grow. “

The commercial was an introduction, the first step of many. The team behind Atlantis has been making drafts and revisions for a second commercial for at least a month, ready to continue the marketing campaign. They’ve established Facebook and Twitter pages to continue outreach. If the follower numbers look low (418 and 364 respectively), consider that most interested parties will regularly check those pages without actually following them for fear of incriminating themselves.

Atlantis is closing in on $1 million in sales, a meaningful milestone that would look very inviting in a new advertisement. The team behind the market has promised to reinvest some of that million to improve the market itself with features such as advanced analytics (“page views, click through ratio, etc.”), drug information (“safe dosage, effects, adverse effects”), chat rooms and loyalty reward systems (“the more you spend, the more you get back”).

$1 million is a fraction of what Silk Road makes in a month, but, in the world of startups, it’s a promising bottom line to have reached in just four months. The team behind Atlantis stresses that while they are running a competitive business, it isn’t all about the money.

“We are libertarians at heart,” the team wrote in a recent e-mail, “and [we] believe that the war on drugs is an utter failure.”