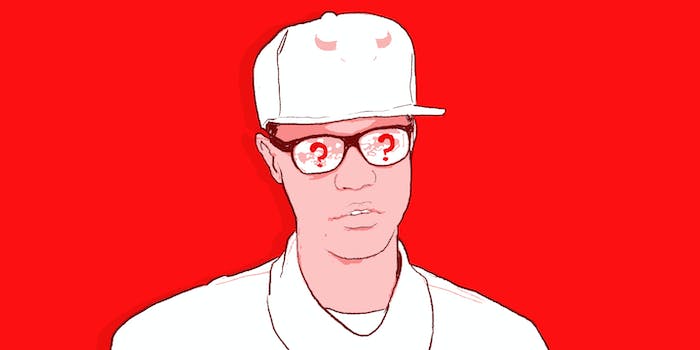 Republican presidential hopeful Ben Carson released a campaign-sanctioned rap song on Friday. There’s a full-length album on the way, too.

Performing on the track is rapper Aspiring Mogul, who strings together jingle-ready couplets like “support Ben Carson / for our next president to be awesome.”

Make of it what you will, but don’t question its earnest authenticity. Aspiring Mogul (born Robert Donaldson) is a longtime Carson supporter who believes every word.

“This isn’t something I did to try to connect with the GOP for fame,” he tells the Daily Dot, nipping that credibility attack in the heel.

Aspiring Mogul did it, the 10-year Republican says, because he thinks it will help Carson’s campaign. He believes Carson has the upside to connect with African-Americans on a wide scale and seriously challenge what it means to be a black politician. Just look at the fact that a Republican contender paid for a rap-laden political ad in the first place.

“This isn’t something I did to try to connect with the GOP for fame.”

“He has the ability to [connect with African-American voters],” Aspiring Mogul says. “This ad is not something he was forced to do, and it was a choice he made on his own.”

But how did a black musician who says he’s a lifelong fan of subversive, politically left hip-hop—he cites non-subtle acts like N.W.A., UGK, Public Enemy, and Common as influences—wind up with this worldview? His dad, his faith, and structural belief in capitalist economic principles.

“For me, the fact that 97 percent of African-Americans vote a certain way—that to me is problematic,” he says. “When I offer a different perspective everyone’s like ‘Well, someone put him up to it.’ No: How about I’m an independent, analytical thinker.”

He’s over being called an “Uncle Tom,” “sellout,” or worse for his interest in GOP politics. He’s actually funneling the back and forth, he says, for a full album dedicated to his political ideals that will be out in the next few months.

This isn’t just armchair commentary; Aspiring Mogul founded and chairs the Savannah Black Republican Council, has held a number of leadership positions within local politics, and says that every school year he preaches to 2,000-plus high school kids as a youth minister.

“My father empowered me in a different way. He told me, ‘Whatever you believe, you live your convictions,'” says Aspiring Mogul, who studied entrepreneurs like Andrew Carnegie and Henry Ford. He says he was inspired by Republicans’ traditionally laissez-faire economic ideals and how they related to his Christian beliefs.

Aspiring Mogul went to state GOP chapters and felt embraced: “I haven’t experienced any [racism within the party], and I think that narrative has been perpetuated so much to keep black people in line with whatever the Democrats’ ideology is.”

To that end Aspiring Mogul resents being seen as a member of a reliable voting delegation and not as an individual with warring values. On the phone he criticizes Hollywood actors like Steve Harvey, who he sees as furthering an agenda to the point of repressing other ideologies. He’s also very aware of racism and—lest you think Carson’s rap ad is appropriating culture—points out how put off he was to see Hillary Clinton doing the “Nae Nae” on Ellen.

“For me, the fact that 97 percent of African-Americans vote a certain way—that to me is problematic.”

Suddenly, the years of being a part-time rapper came in handy.

“People think that somehow Ben Carson got me and put me up to this,” he says. In actuality, his initial pro-Carson track, “Black Republican,” was written in December. He had just seen Gifted Hands, a TNT-aired biopic about Carson that starred Cuba Gooding, Jr.

“I was watching his evolution through Detroit,” Aspiring Mogul says.  “I’ve been a recording artist for quite some time and I felt I could articulate my views and my passion for how he inspired me.”

He sent the track to the campaign, which immediately praised it and asked to share it. Hundreds of thousands of plays came in a just a “few weeks,” Aspiring Mogul says.

Aspiring Mogul hasn’t always been a Christian rapper with a political lean. As such his earlier, secular stuff has been largely shelved and kept offline. He says he was never one to storm feeds with download links to mixtapes. But now that he’s in the realm, he aspires to carve a niche that bridges the common spirituality found in the black gospel market with outright endorsements of politics. 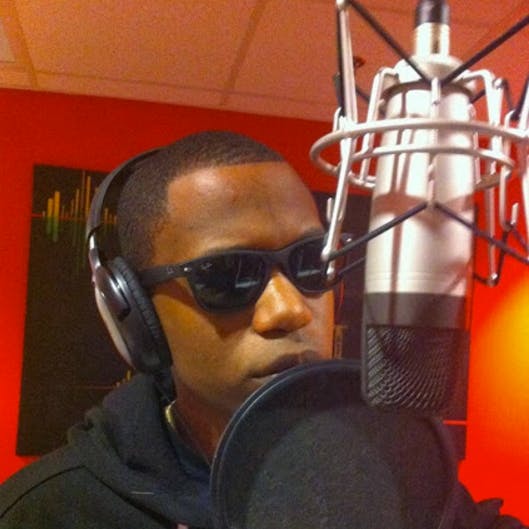 “Most of the time people in the Christian world—artists like Lecrea—I like these guys but they don’t generally bring politics into their music,” he says. “When you really think about it, Jesus went to ancient Rome directly to the politicians and the Pharisees and challenged a lot of the ideas that they were perpetuating at that time.”

And beyond Republican activism or one-way-street religious views (he makes it a point to rap against same-sex marriage, though clarifies that he’s not one to judge others), he sees his mission as one to help ward off racism, calling it the “worst thing in the history of man.”