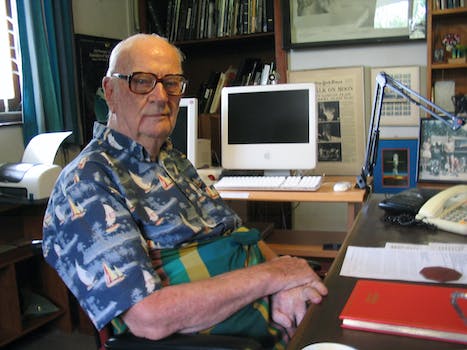 Relive Arthur C. Clarke’s bold and accurate predictions of the future from 1976

Much of what he believed would happen actually came to pass.

When we focus on what the past got right about the future, we usually look at the technological achievements we did and didn’t accomplish. Arthur C. Clarke, best known for writing 2001: A Space Odyssey, was more interested in a different aspect of the future—and as it turned out, his predictions were eerily accurate.

In addition to his long writing career, Clarke was a leading force in the development of the communications satellite, and it was this work in communications technology that brought to a futurism conference organized by AT&T and MIT in 1976. Parts of the interview were previously featured in an episode of a Bell System news program, but AT&T has finally released the full version for all to see.

Not everything Clarke predicted has come to pass. Most of us still use time zones (but some determine everything through GMT), and we’re still traveling for business, not just pleasure. But the author and technologist’s thoughts on the Internet, smart watches, computers, and how mobile phones would “restructure society” were pretty spot-on.

This wasn’t the first time Clarke had opened up about our future. On another occasion, he warned against taking predictions such as his literally. The only guarantee about the future, he said on the BBC in 1964, was that it would be “fantastic.”

“If these predictions sound at all reasonable,” Clarke said, “you can be quite sure that in twenty or at most fifty years, the progress of science and technology has made them seem ridiculously conservative.”

“On the other hand,” he continued, “if, by some miracle, a prophet could describe the future, exactly as it was going to take place, these predictions would sound so absurd, so farfetched, that everybody would laugh at it or scorn.”