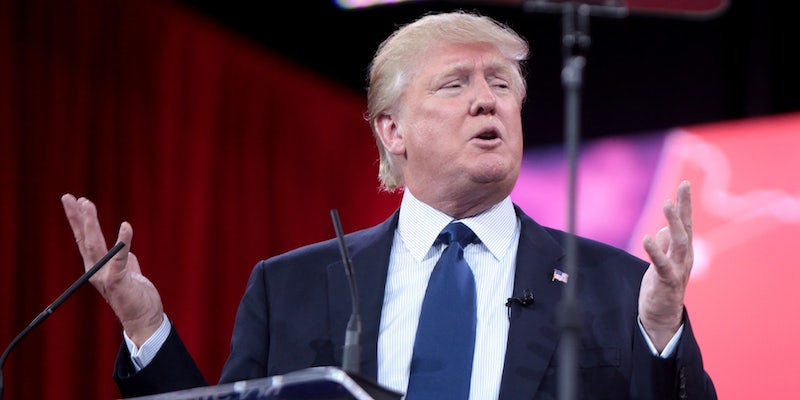 It's not even close.

On the heels of several small but loud protests against Trump in the state, Trump cemented his lead among Republican presidential candidates on Tuesday to win and extend his overall lead.

Trump’s ultimate goal is to capture 1,237 delegates and an automatic nod for the Republican nomination. He currently has a considerable lead of 314 over Cruz (R-Texas) and Kasich (R-Ohio).

However, if he doesn’t cross the 1,237 threshold, many delegates are allowed to independently change their vote regardless of voters’ intent.

It’s not clear what would happen next except that it would be unprecedented in modern American history. Trump has suggested that the result of the nomination going to anyone but himself would likely be “riots.” The last “brokered convention” took place in 1932.

The Republican primary campaign moves next to Wisconsin on April 5 and Trump’s home turf of New York on April 19. As of the latest polling, the real estate tycoon holds a double digit lead in both states.