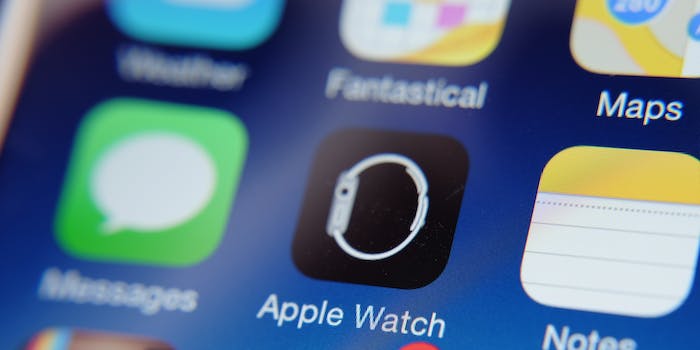 The Apple Watch will soon be harder to steal

After almost a month in the wild, the Apple Watch is due for its first major software update. Over at 9to5mac, Mark Gurman reports that the next version of Apple’s Watch OS will include major updates to the device’s health apps, security features, and integration with Apple TV.

One rumored update is the welcome addition of a “Find my Watch” feature akin to Apple’s geolocation software for other devices under its hardware umbrella, like the iPhone and MacBook computers. The ability to locate, ping, and remotely wipe an Apple Watch builds a layer of theft-prevention into what is, at the moment, an eminently thief-friendly device.

I'm already having nightmares about my Apple Watch being stolen. I don't even want to buy one.

According to 9to5mac, other software updates on the way to the Apple Watch include deeper third-party app support for displaying information directly on a watch face. These small UI features are known as “complications” and could embed customizable updates from social networks and other apps, like a count of unread emails or tweets.

With Apple’s big annual software event just around the corner, expect to see updates to the Apple Watch take the stage at the Worldwide Developers Conference in San Francisco on June 8.