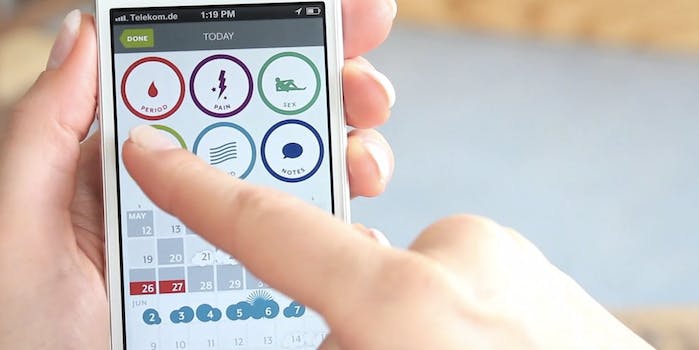 Reproductive health tracking is coming to iOS, but there’s still a lot of work to do

This could open up more doors for innovation.

Apple is finally incorporating reproductive health tracking into its mobile operating system, and the first major app-maker to take advantage of the feature is expecting big things.

Apple was continually criticized for neglecting to include one of the most basic kinds of health data in its HealthKit app framework. How, people wondered, could the operating system more preferable to women than Android ignore something so essential for women?

When iOS 9 launches later this year, all of that will change. According to Clue cofounder Ida Tin, that could mean reproductive health data will impact a wide range of apps, not just those for tracking periods.

“By integrating to HealthKit, other apps can pull data and read the data,” Tin said. “You can imagine a running app where you might not want to track your menstrual cycle but … you obviously feel very different running five kilometers when you’re on your period. Women will be able to feed this data into where it’s relevant [in] different parts of their life. It’s very powerful.” 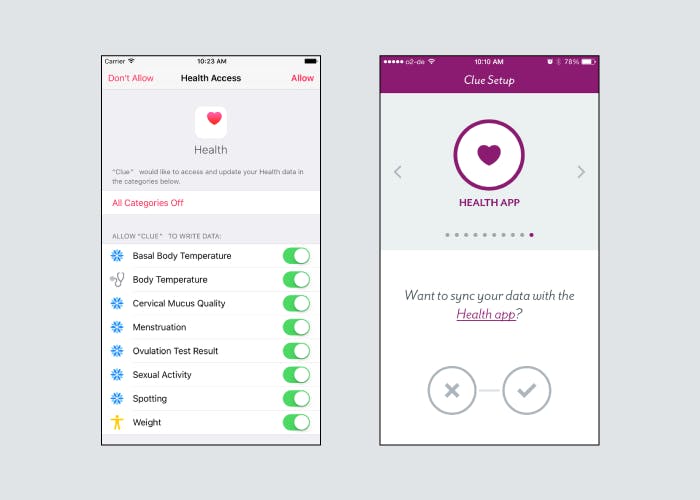 Although there are a handful of apps that track reproductive health, Apple’s decision not to support it in HealthKit underscored the tech industry’s lack of focus on—and innovation around—tracking women’s health on mobile devices.

When Tin first decided to create a mobile app to organize and track reproductive data six years ago, she was surprised to find that similar apps didn’t exist yet.

“I started looking into this space in 2009, and I looked to a ton of databases for patents to see what innovation had been made in this space—I thought for sure there must be some amazing innovation that hasn’t made it to market, and there wasn’t any,” she said. “This is such a basic need for humans to manage reproductive health, it’s such an important part of life, how can no one have focused on it yet? It makes you wonder how that can be?”

Part of the problem, Tin said, could be that not enough women are building apps that address these issues. Tin was driven to create a reproductive-health tracking app largely because of her own experiences, including various hormonal birth-control methods that didn’t work.

As a lifelong entrepreneur, she decided that, because no one had yet tackled the problem, she should take it on. She began by building an app that aggregated important health data right on mobile devices.

“I thought there were so many people that were natural people to start following this like big pharma or big diagnostic, but I could see that’s definitely not happening,” she said. “Now six years down the line I can see it’s still not happening, and I think that’s very typical. Radical innovation has to happen from unexpected places outside the establishment.”

Tin cofounded Clue in 2012. The app, which specifically avoids the pink frills that accompany some reproductive-health apps, provides comprehensive information to help women understand what’s happening inside their bodies, including whether or not their cycle or flow is normal and the best time to try to get pregnant.

Now that Apple is providing this feature in its flagship Health app, more apps could integrate this data and find new ways to enable people to track crucial data surrounding reproductive health, empowering them to better understand what’s happening inside their bodies, and how different life activities can impact health.

Tin said that while Apple and other companies have made a lot of progress, women’s health is still a vastly underserved market, with lots of room to grow both on the hardware and software fronts.