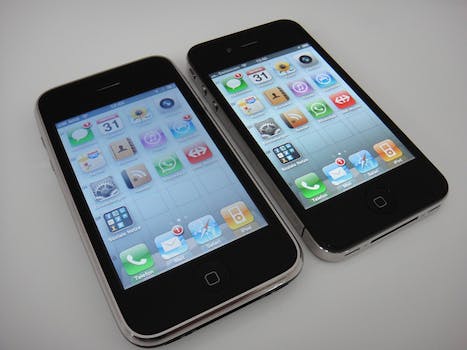 Getting your hands on a new iPhone—and getting rid of your old one—is about to get easier thanks to Apple‘s new trade-in program.

The Trade Up with Installments plan, revealed on Thursday, lets consumers hand Apple their old devices and apply their value to the monthly payment for a new iPhone.

Apple will take devices as old as the iPhone 4,but the company will also take Android and Windows phones.

Using the Trade Up with Installments plan, people who trade in old devices could pay less than $15 per month for a new iPhone, depending on the new model they choose.

Apple didn’t say how much it would give people for Android or Windows phones.

Trade Up with Installments is only available at U.S. Apple Stores.

Apple has been broadening its trade-in program recently in an effort to get as many old iPhones as possible off the streets and fill consumers’ hands with its newer devices. Earlier this month, the company began accepting damaged handsets as old as the iPhone 5s, offering credit to upgrade to a new model.

The rapid expansion of the trade-in program likely has to do with projected decline in iPhone sales set to take place during the second quarter of 2016. Apple regularly set sales records in previous quarters, but that trend can only last so long before sales inevitably level off or decline.

Part of the issue for Apple is that plenty of people are still using older iPhones. Nearly one in three active iPhones has a 4-inch display, a screen size that Apple discontinued with its latest smartphone line. Apple is rumored to be remodeling the iPhone 5s to bring it up to speed with the 6 series while preserving the popular 4-inch display size.