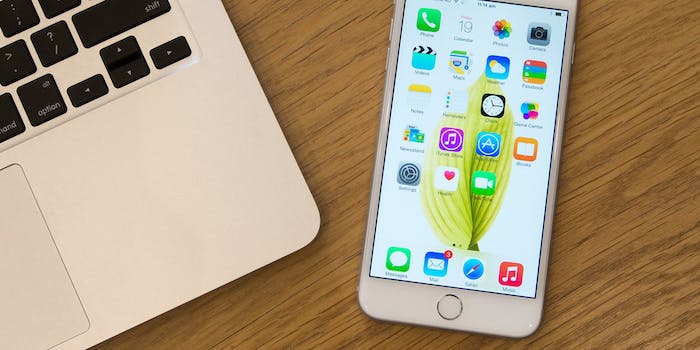 This is great, but what does it actually mean?

Apple announced several changes to HealthKit in iOS 9 on Monday that will increase the amount of data the service collects about your body. One of the new metrics is the long-awaited “Reproductive Health” category.

Apple has faced serious criticism for not letting women track their periods or ovulation in its Health app. There are a number of third-party apps for women and couples trying to get pregnant or to monitor their monthly cycles, but for whatever reason, Apple waited until mid-2015 to include this vital health data in its flagship health-tracking app.

We still don’t actually know what kind of data “Reproductive Health” will collect, or how it will work. Apple VP of Software Engineering Craig Federighi mumbled through the HealthKit announcement while describing new iOS 9 features and quickly skipped over “menstruation” on the keynote slides. It was on the screen for about a second before quickly disappearing.

On Apple’s website, the press team is sharing regular visual updates and tweets about new products and features announced onstage. The Health app screenshot did not include menstruation.

Despite Apple completely glossing over its own announcement, people on Twitter noticed.

Can we bring Federighi back on stage for a sec to talk about how exactly reproductive health support is coming to HealthKit? #WWDC15

Is it just me or did Craig just blow right through the fact they added “Reproductive Health” to HealthKit?

Hopefully Apple provides additional information about what, exactly, “Reproductive Health,” means so developers can ready their apps and we can learn whether or not Apple’s features can compete with the menstruation tracking apps that already exist. iOS 9 is expected to be released this fall, and along with it, a much more female-friendly version of the Health app.