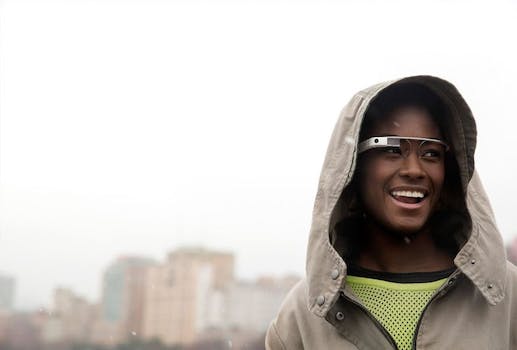 It actually... makes a lot of sense.

Tech pundit Robert Scoble has moved on from his infamous Google Glass obsession—kind of. At CES last week, Scoble reportedly got confirmation that another tech giant is working on a pair of augmented reality glasses: Apple.

Scoble explained what happened in a Facebook post. He was exploring the AR section of the show floor when he came upon the Carl Zeiss booth. After noticing the booth didn’t actually have any AR technology on display, Scoble joked, and then got confirmation from an employee, that the reason that tech wasn’t on display was because of a partnership with Apple.

“A Zeiss employee confirmed the rumors that Apple and Carl Zeiss AG are working on a light pair of augmented reality/mixed reality glasses that may be announced this year,” Scoble wrote in the post.

The rumor isn’t completely out of left field. Industry analysts have previously surmised that Apple could debut AR technology in 2017 or 2018, as well.

And as AppleInsider notes, Apple CEO Tim Cook has shown interest in AR in the past. During a 2016 earnings call, Cook said, “We are high on AR for the long run, we think there’s great things for customers and a great commercial opportunity. So we’re investing.”

While Google Glass failed for a variety of reasons (it debuted too early; its looks were too nerdy; its launch onto the faces of white tech bros dissuaded the rest of the populace from ever wanting to put them on, ever), times are different now. Snapchat Spectacles, an arguably similar concept that went on sale in November, have been met with a great deal of interest and enthusiasm.

With the Apple Watch in its third year, the iPhone celebrating its 10th anniversary, and its other established products largely due for incremental upgrades, it’s possible we could see a big-new-something out of Apple this year. Whether it’s actually an AR headset…We’ll have to wait and see if there are more solid signs of development as the year rolls on.