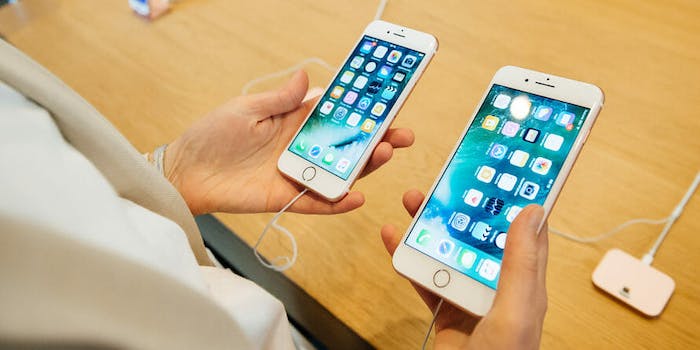 Australia is suing Apple for refusing to fix bricked iPhones

Apple allegedly bricked a bunch of iPhones and is now being sued for not fixing them. A federal lawsuit in Australia says Apple pushed out a software update that targeted and disabled iPhones previously repaired by third-party services. When connected to a computer, the disabled phones showed an “error 51” message that said the devices could not be restored and had stopped functioning.

The Cupertino-giant is strict about not letting its customers use third-party services to fix damaged or broken devices. It is well known for voiding its warranty for even the smallest of unauthorized repairs.

But Australia couldn’t care less about Apple’s rules. The Australian Competition and Consumer Commission (ACCC) announced Wednesday that it is suing Apple for “false, misleading, or deceptive representations about consumers’ rights under the Australian Consumer Law.” The ACCC says Apple routinely refused to service phones even if the previous third-party repair was unrelated to the problem at hand.

Australian has a number of “consumer laws,” which guarantee that all products sold are of acceptable quality and fit for their intended purpose.

“Consumer guarantee rights under the Australian Consumer Law exist independently of any manufacturer’s warranty and are not extinguished simply because a consumer has goods repaired by a third party,” said Rod Sims, chairman of the ACCC. “Denying a consumer their consumer guarantee rights simply because they had chosen a third party repairer not only impacts those consumers but can dissuade other customers from making informed choices about their repair options including where they may be offered at lower cost than the manufacturer.”

Apple changed its stance on screen repairs from third-parties a few months ago, claiming they no longer void warranty. It could have done everyone a favor by not having the rule in the first place.