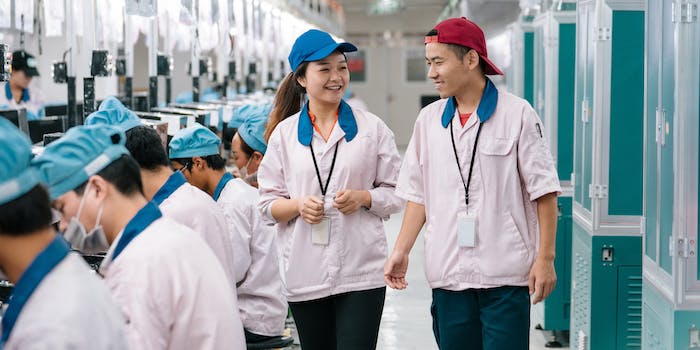 However, supplier compliance overall improved over 2016.

Many companies turn a blind to what happens at their manufacturers overseas. While it’s seen a fair amount of criticism in the past, Apple is no longer one of them. In recent years, it has conducted an annual supplier audit to make sure worker conditions are up to par. Unfortunately, in 2017, Apple saw the number of major violations at its suppliers double over the year prior.

In its 12th Annual Supplier Responsibility Progress Report, Apple found 44 “core violations” of its labor rules, twice the number from 2016. Apple conducted a total of 756 audits across 30 countries, 197 of which took place at facilities new to Apple’s supply chain. Thirty-eight of the violations were about falsifying hours worked, two were underage worker violations, and there were three debt-bonded labor violations. (The latter deals with workers who had to pay a fee before being employed by the supplier.)

The way Apple handled its two underage worker violations is laudable. According to its report:

“Both were immediately transported home and enrolled in their school of choice, while continuing to receive wages from the supplier. Upon reaching legal working age, they will be offered a
job at the supplier facility they departed, should they wish to return.”

Overall, supplier compliance was up year-over-year. Only 1 percent of its suppliers were “low performers,” according to Apple’s 100-point scale. A “low performer” scored a 59 or below on this scale. In 2016, 3 percent of Apple’s suppliers fell into that range, and in 2014, that number was 14 percent.

“We believe that everyone making Apple products deserves to be treated with dignity and respect and we’re proud that almost 15 million people understand their workplace rights as a result of the work we’ve done over the years,” Jeff Williams, Apple’s COO, said in the company’s press release.

Apple also made improvements on the environmental front. It achieved a 37 percent average wastewater reuse rate, leading to savings of 5.1 billion gallons of fresh water.

It also has a Zero Waste Program, and in the two years since it launched, all of Apple’s Chinese and Indian final assembly locations have achieved  Zero Waste certifications, and its newest facility will get certification this year. Since 2015, 625,00 metric tons of waste have been diverted from landfills.

One way the company has reduced waste is by recycling the plastic liners used to protect the iPhone’s display and enclosure during the assembly process. According to Apple, reusing these films reduces carbon emissions, transportation costs, and eliminates roughly 200 metric tons of solid waste annually.

Trying to enforce positive labor and environmental practices across such a broad and varied supplier landscape is undoubtedly challenging. While Apple saw some hiccups this year, it’s clearly making progress towards its goals.