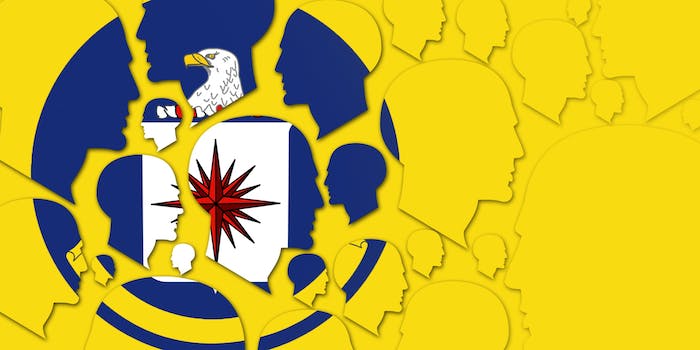 More than 600 emails between the APA and government were evaluated for the report.

America’s largest psychological organization is facing intense criticism following a report published Thursday accusing it of secretly collaborating with the U.S. government to justify the torture of prisoners following the 9/11 attacks.

The American Psychological Association “secretly coordinated with officials from the CIA, White House and the Department of Defense to create an APA ethics policy on national security interrogations which comported with then-classified legal guidance authorizing the CIA torture program,” the report says.

Several senior APA staff members are accused of taking part in presenting misleading information to the public and its members, and “guaranteeing that APA ethics policy incorporated specific language aligning with and supporting the government needs aimed at ensuring the legality of the CIA torture program,” including the directors of at least three APA divisions.

Armed with previously unreported evidence, including recently discovered emails, the researchers behind the report—a mix of clinical psychologists, human rights activists, and academic professionals—were able to shed new light on the relationship between the APA and the U.S. government, which struggled to continue its use of torture after images were made public that showed U.S. military personnel abusing prisoners of war.

Among the revelations is that President Bush’s behavior science advisor reportedly drafted secret language that was inserted by the APA into its 2005 ethics policy on interrogations. The specifics of that language are unknown, the report says, though it notes that “the section on research aligned that policy with” then-classified documents that “directed health professionals to research and assess the supposed safety, efficacy, and health impacts of the ‘enhanced’ interrogation techniques”—documents subsequently known as the Bradbury torture memos.

The report further concludes that, despite consistent denials from the APA, the organization had numerous contacts with CIA-contracted psychologists, and that “at least one senior APA official was informed of their clandestine role at the CIA related to interrogations.”

According to the researchers, the APA consistently provided false statements and misrepresented facts to both the public and to its members regarding the U.S. government’s use of psychologists to justify torture. “APA invited psychologists who were directly involved in the CIA’s ‘enhanced’ interrogation program to meet with the APA Ethics Office and Science Directorate regarding the association’s ethics policies,” the report says.

More than 600 emails obtained by the report’s authors illustrate the substantial level of contact between the APA and both the White House and CIA. Despite several years of direct communication with senior members of the U.S. intelligence community, at no time did an APA official express concern over widespread reports that psychologists were directly involved in the torture of prisoners.

The report, which spread quickly after receiving top placement on the front page of the New York Times website, is titled “All The President’s Psychologists,” a play on the 1974 book All The President’s Men by journalists Carl Bernstein and Bob Woodward about the Watergate scandal.

The APA declined to comment on accusations that it supported the CIA torture program, adding that another independent review by attorney David Hoffman is currently underway. “Once his review is complete and his report received and reviewed by our Board of Directors it will be made public in its entirety, along with any initial responsive actions that we determine are needed,” the APA said.

The APA’s membership includes “more than 122,500 researchers, educators, clinicians, consultants and students,” according to its website.