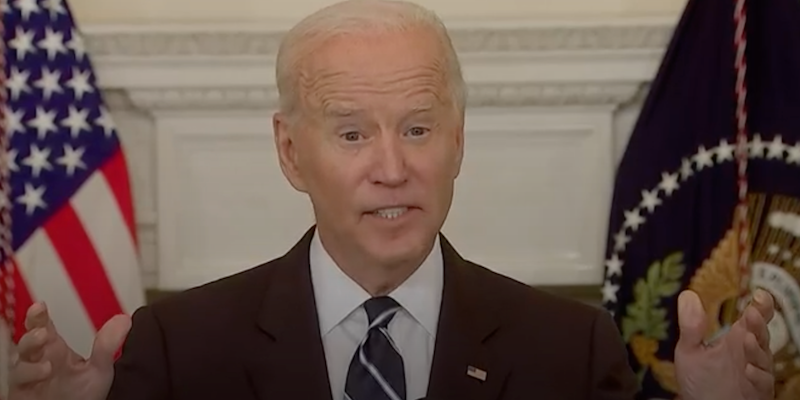 People were quick to point out the deaths of high-profile anti-vaxxers who have died from COVID.

After President Joe Biden announced a federal vaccine mandate for employers with over 100 workers on Thursday, #IWillNotComply began trending on Twitter.

The new mandate has the potential to impact 100 million Americans. If businesses do not comply with the order, they may receive up to $14,000 in fines per violation.

“We’ve been patient, but our patience is wearing thin,” Biden said in his announcement, speaking directly to unvaccinated Americans. “And your refusal has cost all of us. So please, do the right thing.”

Conservatives responded by calling the mandate a “fascist” decision that infringes on their freedom as Americans.

Former Vice President Mike Pence tweeted, “President Biden’s speech yesterday was unlike anything I’ve heard from an American President. To have a President not just scolding the American people but scolding Governors around the Country . . . it’s just not the American way.”

In response to Pence’s tweet, a number of Twitter users disagreed, saying that getting vaccinated for the sake of fellow Americans is the true American way.

Many of the tweets under #IWillNotComply included ridicule from vaccinated Americans toward anti-vaxxers in the hashtag. Some pointed out high-profile conservatives who have died after denying the vaccine.

One user tweeted a photo of Conservative radio host Marc Bernier, who died of COVID-19 after advocating against taking the vaccine writing, “#IWillNotComply because I am dead.”

Another pointed to late conservative radio host Dick Farrel, who told friends on his deathbed he wished he had been vaccinated.

Bernier and Farrel are among the handful of popular conservative personalities who have died of COVID-19 this past month. Another recently deceased radio host, Phil Valentine, reportedly regretted that he wasn’t a “more vocal advocate of the vaccination” after being moved to a critical care unit, his brother Mark Valentine told the Associated Press.