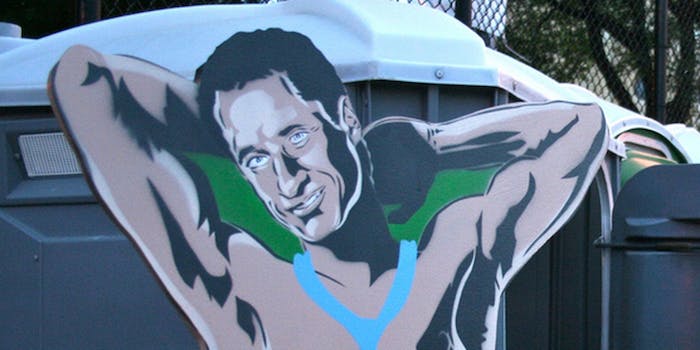 Anthony Weiner paid an absurd sum to “investigate” his own sexts

Weiner paid thousands to investigators to track down the perpetrator of his "Twitter hack" (who, as you know, was Weiner himself).

Crying “I’ve been hacked!” to cover up a big mistake on Twitter is all too easy. You’ll have skeptics and you might have to work hard to convince them your lie is the truth, in part because some people and brands intentionally fake hacks as a desperate cry for attention. Sometimes, covering up your error might mean shelling out thousands of dollars.

Back in 2011, then-Congressman Anthony Weiner tweeted a photo of his crotch in a botched direct message. The recipient, of course, was not his wife, Huma Abedin. At first, Weiner claimed he’d been hacked and someone else had thrown the intimate image onto his feed.

After the scandal received widespread press attention, Weiner pledged there’d be an investigation into how this outrageous incident occurred. It was clearly an attempt to save face and his congressional career.

The married New York City mayoral candidate paid private eye company T&M Protection services $43,100 from campaign funds, according to campaign records. The New York Daily News noted it’s not exactly clear what the form was looking into or what it found, but you can probably read between the lines.

Weiner also claimed he’d asked BakerHostetler to look into the issue. The campaign forked over $93,350 to the law firm between Jan. 2010 and Dec. 2012. It’s not evident how much of that funding was earmarked for looking into the phony Twitter hack since it carried out work for him over a longer period.

The cash came from his campaign funds from his congressional bids, from a committee that remained active for two years after he resigned from congress in the wake of his first sexting scandal. He only asked the Federal Election commission to shut down the campaign committee two weeks ago, the Daily News claims.

Legal questions over Weiner’s use of funding for a goose chase remain. The paper cites an employee at the Center for Responsive Politics (a nonpartisan group that tracks the flow of money in politics) as saying laws covering campaign funds make it unclear as to whether Weiner appropriating cash for such an activity would be considered improper.

Still, Weiner probably has more pressing matters on his mind right now. Like how he can’t stop flirting with young women online, how he is incapable of not sending sexually explicit photos of himself. He got caught after again sexting and having phone sex with a young woman in an online relationship last year. At least this time he owned up to his indiscretion quickly.