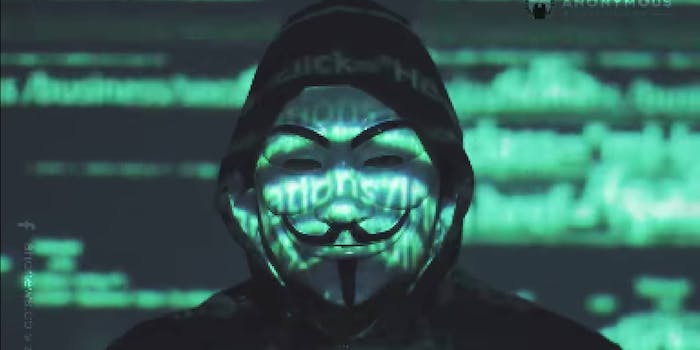 The hacker collective seemingly posted a video threatening to expose the police department in response to George Floyd's killing.

Anonymous on Saturday seemingly posted a video waging war on the Minneapolis Police Department in response to George Floyd’s killing. Then, the department’s website mysteriously went down.

The department’s site, along with Minneapolis’ site, went down Saturday night, and reportedly experienced issues throughout the night and early Sunday morning. While the sites now seem to be accessible, they ask users to verify they are not automated bots in order to avoid a DDoS attack.

This comes after the hacker collective on its alleged Facebook reemerged after years out of the media spotlight.

“(Anonymous) will be exposing your many crimes to the world,” the masked narrator says of the Minneapolis Police Department. “This week’s brutal killing of George Floyd… is merely the tip of the iceberg in a long list of high-profile cases of wrongful death at the hands of officers in your state.”

Anonymous went on to say “193 people have been killed by police in Minnesota,” including Jamar Clark, Philando Castile, Justine Damond, Thurman Blevins, and Brian Quinones.

“People have had enough of this corruption and violence from an organization that promises to keep them safe,” Anonymous says.

It remains unconfirmed if Anonymous took the sites down.