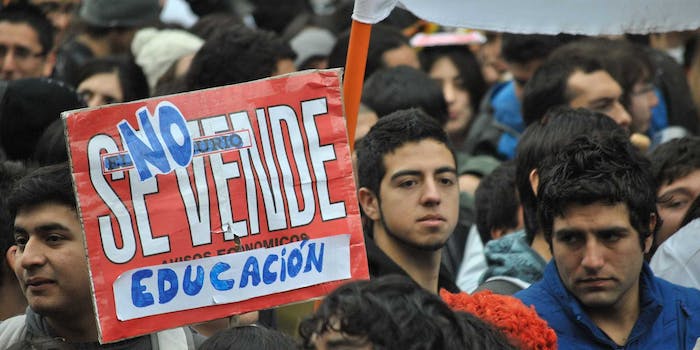 The hashtags #OpChile and #Marchaestudiantil are being used to spread word about the action.

Two Chilean student protesters died last week in nationwide protests against the government’s education policy and, increasingly, police brutality in the country. Police say the shooter has been arrested. Some university professors have reportedly joined the protests.

The protesters want free college tuition for poor students as well as performance reviews for professors.

The controversy over the state of Chilean education extends back nearly a decade. The issues have for years been a repeat catalyst for nationwide protests and political upheaval in the South American country.