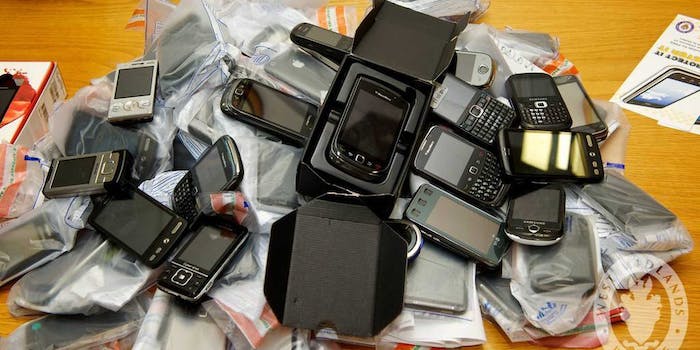 “We must ensure these solutions are deployed in a more effective manner that does not rely on consumers to seek them out and turn them on."

Google and Microsoft have decided to equip their newest smartphones with a kill switch that would enable a person to lock their phones in the event they’re stolen, U.S. law officials announced yesterday.

The announcement comes a year after the beginning of the Secure Our Smartphones initiative was launched and two months following the CTIA’s dedication to implementing kill switch options by July 2015.

The Save Our Smartphones initiative, spearheaded by New York Attorney General Eric Schneiderman and San Francisco District Attorney George Gascon, aims to make the kill switch a ubiquitous feature on all phones in an effort to address the increasing amount of cellphone theft around the world. 3.1 million mobile devices were stolen in the U.S. in 2013, more than double the number of stolen devices in 2012, a report released yesterday by Schneiderman titled Secure Our Smartphones Initiative: One Year Later stated.

A kill switch renders a phone useless when activated. If a user loses their phone, he or she can remotely activate the switch, which bars an unauthorized user from making or receiving calls and accessing the Internet. If recovered, the owner of the phone would be able to reactivate the phone. The feature decreases the financial incentive to steal phones and results in lower costs for consumers by saving them from costs associated with phone replacement and insurance plans, according to the report.

The move by the two companies also mimics Apple’s September 2013 implementation of a kill switch with the release of iOS 7, the Activation Lock. Theft involving Apple products has decreased by 19 percent in New York City in the first five months of 2014, according to the report. There was, however, a 40 percent increase in robberies involving Samsung smartphones, which did not include a comparable feature until April. The company announced anti-theft measures for Galaxy S5 models, and officials believe similar drops in the number thefts will occur.

In addition, iPhone robbers has decreased 24 percent in London and 30 percent in San Francisco since Apple implemented a kill switch.

Google’s smartphone software, Android, is the most popular software operating system in the world while Microsoft’s is the third most popular, meaning their decision means that kill switches will be available for 97 percent of the smartphone market, the report said.

“These statistics validate what we always knew to be true, that a technological solution has the potential to end the victimization of wireless consumers everywhere,” Gascon told IDG News Service.

Gascon and Schneiderman’s initiative was met with some resistance from wireless carriers, who argued that kill switches would make for complicated customer relations and would be too expensive.

“The main goal for carriers is to keep support costs low and encourage subscribership, so anti-theft technology could cause technical support nightmares,” Lawrence Pingree, research director for market research company Gartner, told SFGate in December 2013. “And to put it bluntly, carriers also profit from theft—for example, insurance premiums and activation charges,” he added.

The decision by Google and Microsoft further illustrate the solidified front lawmakers and cellphone companies have dedicated to eradicating a common problem, though Gascon believes that this is only the beginning.

“We must ensure these solutions are deployed in a more effective manner that does not rely on consumers to seek them out and turn them on,” Gascon said. “But the fact that virtually the entire industry has responded to our call to action is an indication that we are well on our way to ending this public safety crisis.”