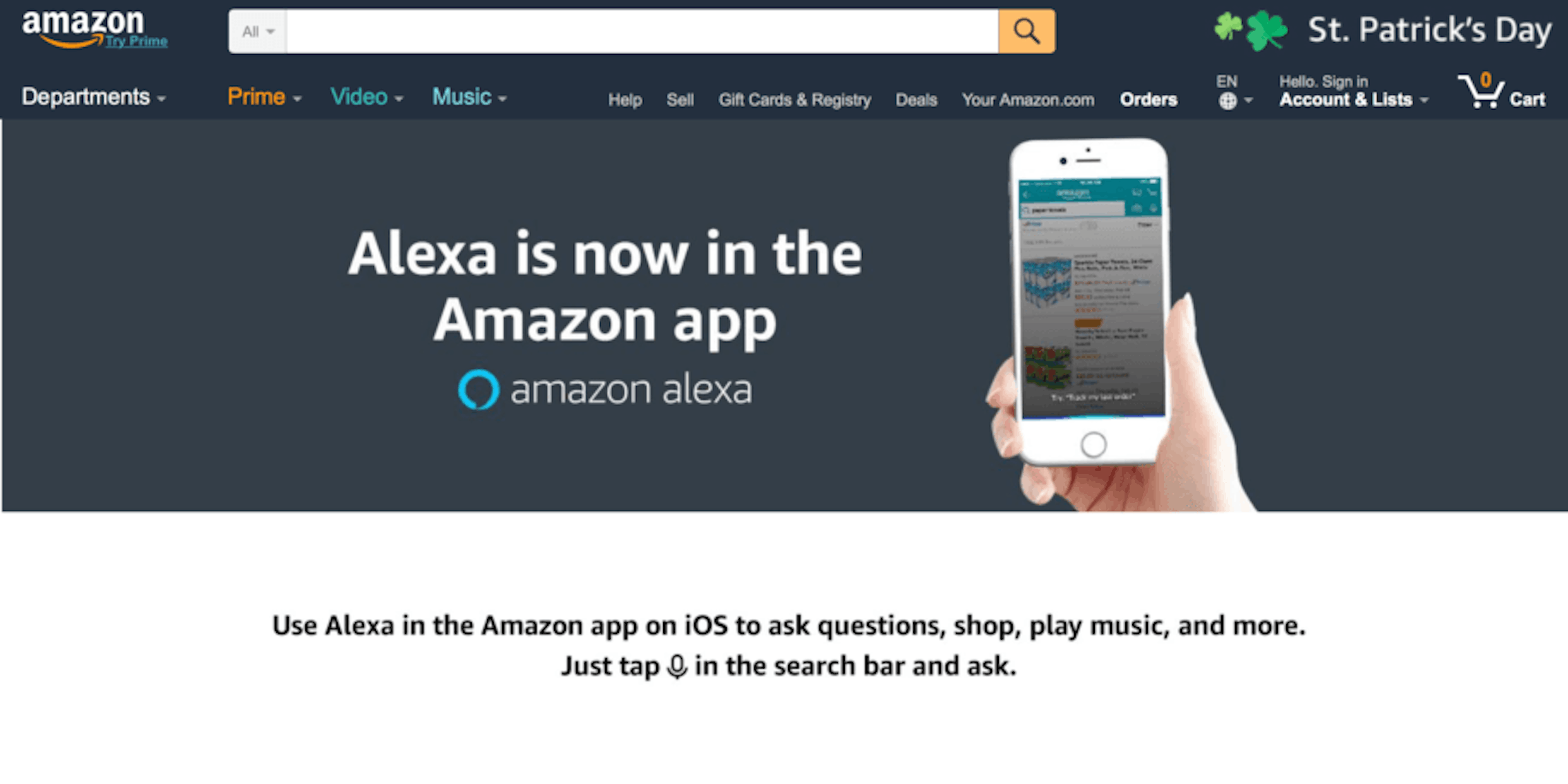 Amazon brings its Alexa assistant to the iPhone

iPhone owners can get nearly all of Alexa's main features through the Amazon app.

Don’t own an Amazon Echo? Not a problem. If you have an iPhone, you can soon access Amazon‘s popular digital assistant Alexa through the Amazon app.

Starting this week, Amazon is rolling out an update for its Amazon app for iOS that adds a microphone icon towards the top of the screen. Tap this button, and you can summon Alexa. This will give you all the smarts Echo and Echo Dot owners have come to expect from the assistant, without that extra hardware purchase in your home.

You can use Alexa to give you the weather forecast, make purchases (on Amazon, of course), and control a variety of smart home products. You can also tap into one of a number of quirky Easter eggs. If you own a smart lock, VentureBeat notes, for now, you won’t be able to use this version of Alexa to lock or unlock your doors. (You can still access just about every other of Alexa’s 10,000 skills, though.)

iPhone owners may also find Siri is still more convenient for some queries than Alexa. To access Alexa, you first need to open the Amazon app. To summon Siri, with Hey Siri enabled, you don’t even have to touch your phone—just say “Hey Siri,” followed by your question, for her response. In that respect, having an Amazon Echo listening in your home may be less troublesome, in some instances at least.

However, if you’re frustrated by Apple’s personal assistant and curious about what other companies are offering, here’s your chance. Alexa will be available to all iPhone users next week.