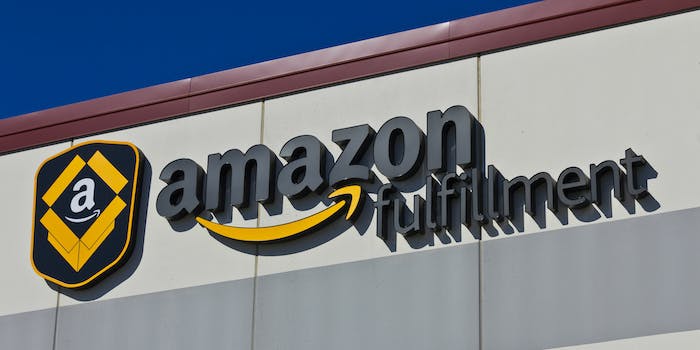 Amazon workers across the country reportedly rely on food stamps

The online marketplace downplayed the reports.

In five of six states, Amazon showed up in the top 20 on a list of employers with the most SNAP recipients. In Arizona, one in three Amazon employees depends on SNAP while one in 10 employees in Pennsylvania and Ohio need the program to help pay for food. Even in states where Amazon isn’t a top employer, like Kansas, it ranks among the top companies for the number of employees using SNAP at the beginning of 2018.

The wages it offers factory workers in Ohio are especially concerning case. Amazon is only the 53rd-highest ranked company for most employees in the state, but 19th when it comes to the number of workers using financial benefits. And it ranks 17th in Washington, where engineers and business executives operate from its Seattle headquarters. The wage problem could be even more widespread depending on unreleased data from additional states.

As the Intercept points out, SNAP eligibility is based on several factors, including household size, immigration status, and cost-of-living. While a percentage of the people using SNAP are likely part-time, Amazon claims 90 percent of its employees work full-time.

When Amazon expands its reach to new cities, it touts its ability to create thousands of new jobs. But the quality of the work and accompanying wages are often overlooked. Perhaps people suspect an ideal scenario where the most prosperous online retailer run by the world’s richest person offers high enough wages for its workers. But for anyone who has read recent reports about the working conditions at its fulfillment centers, this will come as no surprise.

Numerous reports over the past several months paint a disturbing image of life as an Amazon factory worker. In some cases, factory workers reportedly urinated in bottles in fear of getting in trouble for taking bathroom breaks.

Amazon played down reports of employees using SNAP in a statement to the Intercept, claiming it provides extensive benefits and “competitive wages” to its workers.

“Amazon provides employees with competitive wages and regular pay increases plus Amazon stock and performance based bonuses. We also provide comprehensive benefits which include health, vision, and dental insurance coverage starting on day one, generous maternity and family leave, tuition for career education, and a network of support to succeed.”

Update 7:32am, April 23: An Amazon spokesperson released another statement to the Daily Dot claiming the average wage for full-time workers at its warehouses is more than $15 an hour.

“Amazon is proud to have created over 130,000 new jobs last year alone. These are good jobs with highly competitive pay and full benefits. In the U.S., the average hourly wage for a full-time associate in our fulfillment centers, including cash, stock, and incentive bonuses, is over $15/hour before overtime. That’s in addition to our full benefits package that includes health, vision and dental insurance, retirement, generous parental leave, and skills training for in-demand jobs through our Career Choice program, which has over 16,000 participants.”