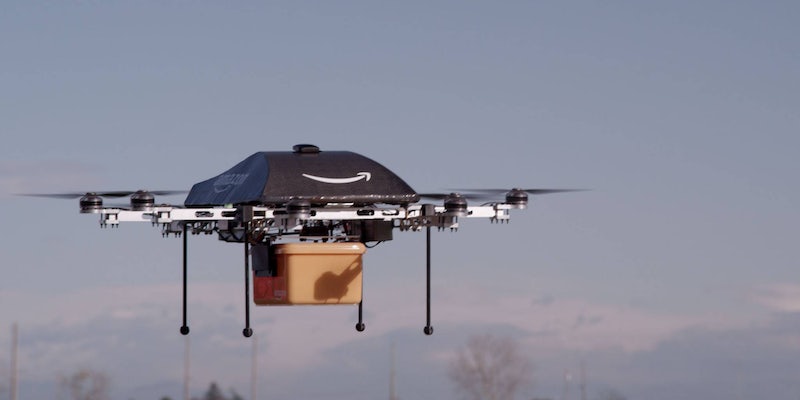 Amazon has made its first Prime Air delivery utilizing drones, three years after announcing plans to use unmanned drones to send packages to customers. The delivery took just 13 minutes.

Delivering products to customers in just 30 minutes, Amazon’s drones cruise below 400 feet and can carry up to five pounds. The service is in beta testing, with only two customers in Cambridgeshire, England, for now. After an order is placed, a Amazon fulfillment center worker places the package on a conveyor belt that loads the package onto the drone, which pilots itself to the customer’s home.

Packages are delivered in 30 minutes or less, but there’s a catch. The fulfillment center is miles from the customer’s home, so while this is an exciting idea, Amazon is going to have to build a lot more fulfillment centers before it spreads beyond this beta test.

Amazon hopes to expand its beta test to dozens of clients in the Cambridgeshire area next year.