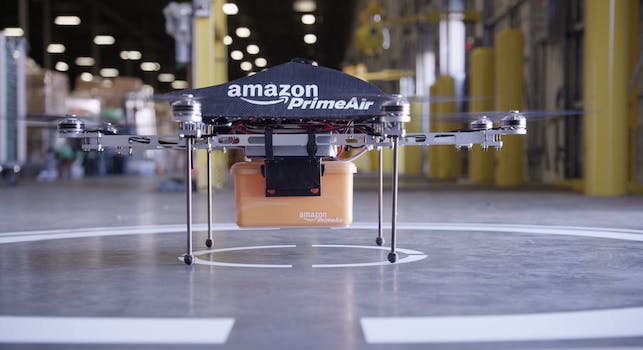 Amazon drones will protect one another from you.

For some folks, drones aren’t much more than annoying, oversized insects hovering above them just out of arm’s reach. In recent years, people have gotten more resourceful in their effort to bring down this intruding aerial technology. Take the man from Kentucky who blasted a drone out of the sky with a shotgun and this radio-jamming pulse gun. Or perhaps ammunition currently in development made specifically against drones. These means of attack raise some concerns for companies as drones transition from the consumer to the business market.

Amazon, which plans to deliver custom parcels using drones, has thought this through, and earlier this week received a patent on technology that covers countermeasures against threats to drones or UAVs. The technology found in the patent is pretty simple. One drone continuously speaks to another drone, and if one of them reports a variance in data such as location, heading, altitude, etc., it sounds an alarm bell. It’s basically like being on the phone with someone and constantly asking each other if everything is OK.

If a drone does become compromised, Amazon outlined plans for how protective devices like airbags and parachutes can protect the UAV in case of a crash landing. 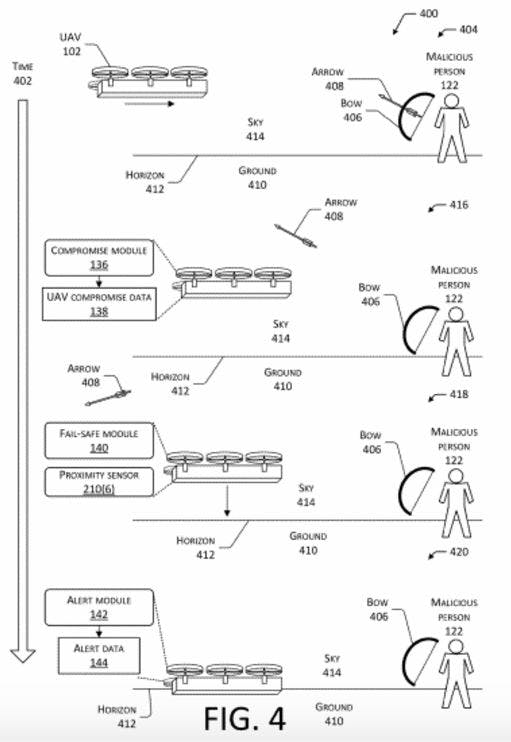 But what about the man from Kentucky with a shotgun? Well, Amazon has that sort of covered as well. An illustration in the patent shows how a UAV would react to a bow and arrow attack. The example shows an attacker shooting an arrow at the drone and missing. A “compromise module” would detect the presence of the arrow and then activate a fail-safe module that would direct the UAV toward the ground. Of course, a bow and arrow isn’t a shotgun, and Amazon is protecting against a best case scenario anyhow. We think if the angry archer is missing, it’s probably best to keep the drone in the air, where the person shooting at it isn’t waiting.

The full patent can be viewed here.