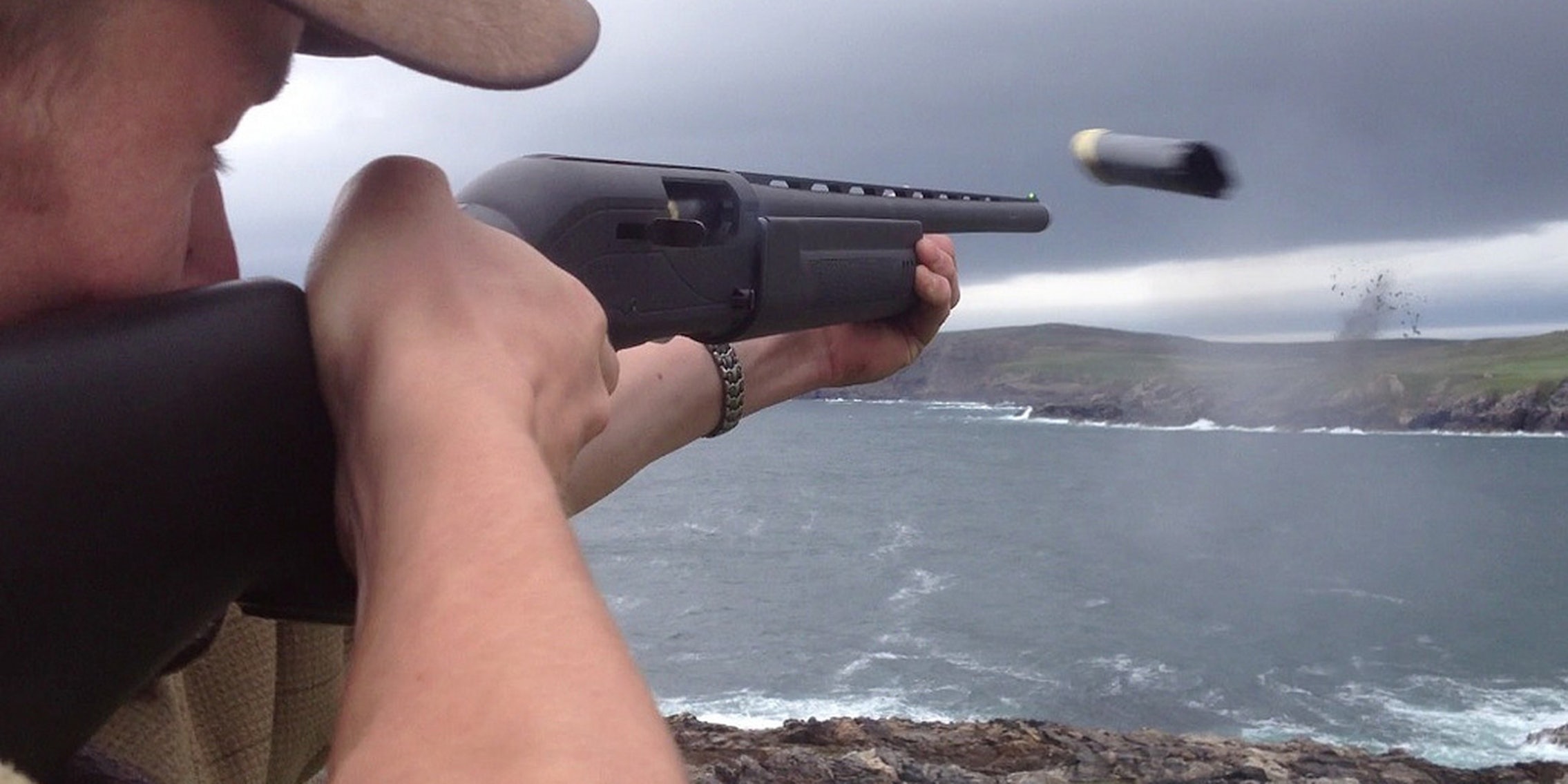 Drone pilots take notice: The world is not your playground.

Where should we draw the line between the advancement of technology and the protection of personal privacy? For one Kentucky man, his property line is where he gets to make the call, and he made that point of view perfectly clear when he pointed his shotgun at a drone hovering in his backyard and pulled the trigger.

“It was just right there. It was hovering. I would never have shot it if it was flying,” William Merideth said in an interview with Ars Technica. “When he came down with a video camera right over my back deck, that’s not going to work.”

Merideth claims that the drone was first spotted hovering over his neighbor’s house—a claim his neighbor confirms—and he had no intentions of taking any actions against it until it entered onto his own property. Merideth’s 16-year-old daughter was laying out by their pool at the time, and when the drone pilot decided to stop his vehicle and get an electronic eyeful, he decided enough was enough.

The homeowner fetched his shotgun and pumped three helpings of birdshot into the $1,800 drone, taking it out of the air in short order. Shortly thereafter, the drone pilot and three of his friends arrived at Merideth’s property.

“If you cross that sidewalk onto my property, there’s going to be another shooting,” Merideth says he told the men.

The police eventually arrived and Merideth was charged with first-degree criminal mischief and first-degree wanton endangerment, both related to his discharge of the firearm. The 47-year-old Merideth is confident that the charges will be reduced or thrown out entirely once his trial date arrives.

Update 11:31am, Aug. 1: Following the original news story, the drone pilot has come forward with what he claims is the flight data of the trip that ended in disaster. Speaking with Kentucky’s WDRB, the drone’s operator, David Boggs, has provided a video record of the drone’s movements on the date of the incident, appearing to show that the vehicle was over 200 feet in the air at the time it was shot down. Boggs also claims that he was flying his drone in the area to film a friend’s home, and that his trip over Merideth’s property had nothing to do with his daughter being outside.

We will continue to update this story should any new details emerge.

Photo via jack_spellingbacon/Flickr (CC BY SA 2.0)