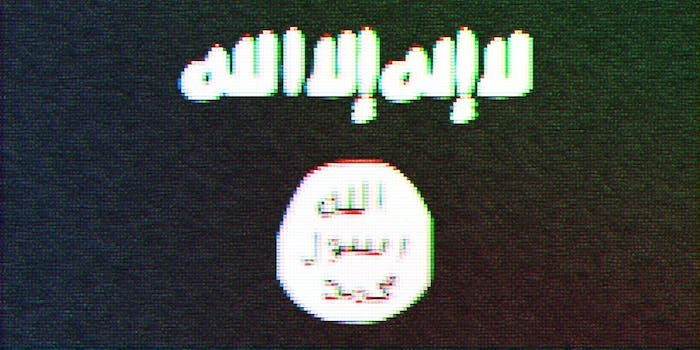 The app is called the Amaq News Agency.

A fake version of the Islamic State’s own Android app is being used to spy on online jihadists, according the group’s own news and propaganda outlets.

The “Amaq News Agency” is an online news outlet that often publishes breaking news directly from the front lines of the Islamic State’s wars. In addition to social media platforms like Twitter and Telegram, Amaq has its own Android application that you can download to receive instantaneous updates from the Islamic State.

A fake version of the app has been making the rounds, according to Amaq itself. They’ve spread the warning through their accounts on Twitter and Telegram.

It’s not yet clear who created the fake version, but the Islamic State claims it’s aimed “at breaching security and spying” on whoever downloads the imposter Amaq app.

Some #ISIS #IS tweeps passing around this warning about a "fake" Amaq News Agency Android app: pic.twitter.com/YwBzojEuqK

Interesting: #IS' Amaq Agency warns that a fake Android app has been circulated in its name "with the aim of spying" pic.twitter.com/ZqqQ819hSR

The Islamic State values the app because Twitter and Telegram, two networks where the group achieved great popularity, often try to suspend and block ISIS-backing accounts.

By having their own app, there is no one to censor them. The app is not in the Google Play store, so it must be downloaded manually from ISIS-friendly sources on social media and across the Internet. This dispersed distribution is what makes it so vulnerable to imposters.

The app’s authors have tried to defend against this by including the app’s digital fingerprints. But that takes manual verification by whoever is downloading the app, a crucial but somewhat cumbersome security step that many people will skip—at their own risk.

It’s not clear who wrote the imposter app—ISIS, of course, has plenty of enemies that are all suspects—or even exactly what the surreptitious software’s goals and capabilities are. The Daily Dot has not seen or inspected it, so we can’t know the details of the alleged spyware.

But being able to put software on the phones of Islamic State supporters and, potentially, active members of the Islamic State means that their phones may be fully compromised. The devices could effectively become spying tools against the Islamic State for whoever is out to get them.