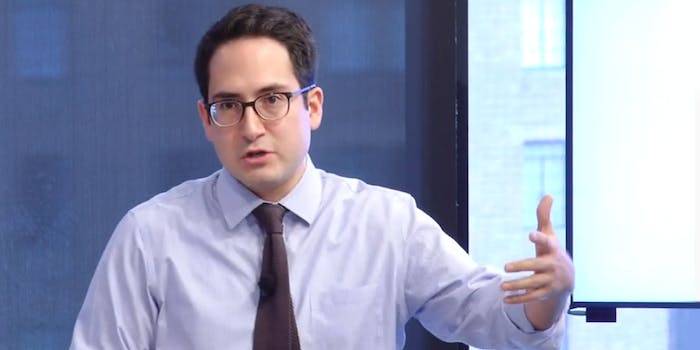 The Senate confirmed Alvaro Bedoya yesterday to the FTC.

In a statement, Bedoya said he was “deeply grateful” for the trust placed in him and “thrilled to work alongside the public servants of the Federal Trade Commission.”

Bedoya gives Democrats a majority on the commission after an eight-month vacancy. Bedoya was tabbed by Biden in September, but his nomination stalled. After canceled hearings and votes last year, Biden renominated Bedoya earlier this year. He was sent to a final Senate vote yesterday after making it out of the Senate Commerce Committee.

“Alvaro Bedoya’s confirmation to the FTC could not come soon enough,” said Evan Greer, director of the digital rights group Fight for the Future, in a statement. “His expertise in privacy and human rights are sorely needed, and with Congress dragging its feet, it’s essential that the FTC moves quickly to address harms like data harvesting, algorithmic discrimination, and biometric surveillance.”

Bedoya rounds out Biden’s FTC, which has been facing off against big tech on numerous issues. The FTC already signaled its plans to take on sweeping privacy reform, which will likely face strident big tech opposition.

“Americans face increasing threats in the digital ecosystem, and the FTC must be laser-focused on protecting the public from manipulation and privacy invasions online,” Sen. Ed Markey (D) said in a statement. “With a full slate of commissioners, the FTC must now act swiftly and boldly to use the full scope of its authority to protect consumers, particularly in communities of color and other marginalized communities, who disproportionately experience harm both online and offline. Mr. Bedoya is ready to take on those challenges, and I look forward to working with him and the entire Commission.”

“Alvaro Bedoya’s appointment will finally allow this vital and reinvigorated agency to get to work on protecting people, promoting competition, and holding powerful companies accountable,” said Craig Aaron, Co-CEO of Free Press, in a statement. “He has devoted his career to protecting people’s privacy against predatory data brokers and safeguarding everyone’s rights to equal opportunity. Bedoya knows how to protect internet users against the worst harms of tech companies like Google and Meta. In particular, we look forward to working with him and the other FTC commissioners on efforts to remedy extractive and discriminatory data abuses.”

Aaron added that the fight isn’t over, as Biden’s Federal Communications Commission nominee Gigi Sohn still faces an uphill battle on her path to confirmation—which has been as difficult as Bedoya’s.

“Now we urge the Senate to move with the greatest urgency to fill other key regulatory roles that have been vacant since President Biden took office—starting with a vote as soon as possible to confirm Gigi Sohn as FCC commissioner,” he said. “An industry-backed smear campaign aimed at hobbling the FCC has obstructed progress on Sohn’s nomination for more than six months. Any further delay will only harm the administration’s priorities and leave media, tech, and telecom companies without crucial oversight and accountability.”