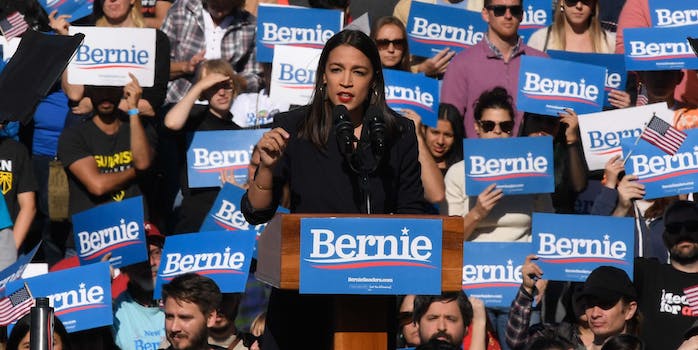 AOC on opening her DMs: ‘By this morning, it was trash’

She also said there was a lot of useful information.

Rep. Alexandria Ocasio-Cortez (D-N.Y.) has a massive online presence with over 5.5 million followers and, on Tuesday, the New York lawmaker opened her direct messages to the entire online world.

Ocasio-Cortez wanted the people’s input as she prepared to question Facebook founder Mark Zuckerberg. So Ocasio-Cortez tweeted, “many of you have commented with ‘DM me’ – so I am opening my DMs for tonight and tomorrow for question recommendations.”

Many of you have commented with “DM me” – so I am opening my DMs for tonight and tomorrow for question recommendations.

She quipped later, “your question is more likely to be read if you comment instead because RIP my DMs for real. The things we do in the name of public service.”

The move seemed destined to immediately turn her DMs into a dumpster fire, as she’s become a favorite villain for right-wing talking heads who blame her for all America’s ills.

But on Wednesday, the congresswoman told the Daily Dot that the move went surprisingly well.

Ocasio-Cortez said, “I was shockingly surprised—by this morning, it was trash. But for a solid two, three hours, there were a lot of thoughtful responses in there.”

Zuckerberg is testifying before the House Financial Services Committee today about the cryptocurrency Libra and has been grilled by members on everything from election interference and disinformation on the platform to diversity within the company.

The tech billionaire has been criticized by all sides. Republicans accuse him of censorship, while Democrats say he’s not doing enough to curb hate speech on the platform.

This is the second time Zuckerberg has testified on Capitol Hill; however, Wednesday’s testimony is being largely swallowed by impeachment drama.

When Ocasio-Cortez spoke to the Daily Dot, she had not yet questioned Zuckerberg.