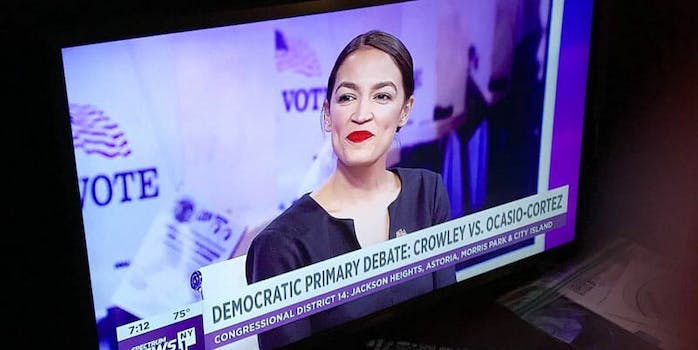 Alexandria Ocasio-Cortez tweeted out her shade of lipstick, and now it’s sold out

Everybody wants her lip look!

Democratic Socialist Alexandria Ocasio-Cortez became an overnight political sensation when she defeated Rep. Joe Crowley (D-N.Y.) in a stunning victory on Tuesday in the New York Democratic primary race. Many had viewed her opponent as a prospective House leader, and the 28-year-old former Bernie Sander organizer went from being a virtual unknown without her own Wikipedia page to part of the national discourse in a matter of just days.

After beating the 10-time incumbent rather handily in the Democratic primary—she’ll face Republican Anthony Pappas in November’s general election—people are absolutely taken with Ocasio-Cortez, and apparently, that extends to her personal style, as well.

During a primary debate earlier this month, Ocasio-Cortez wore a striking shade of matte red lipstick, and that led to people asking her about it on Twitter. “I have been getting many inquiries about my debate lip color in the last two days,” she tweeted to her followers earlier this month. “I GOT YOU. It’s Stila ‘Stay All Day’ Liquid in Beso.”

Now, the lipstick shade is completely sold out online on both Stila and Sephora’s websites. If Ocasio-Cortez’s influence on young female voters wasn’t already apparent enough, her ability to sell lipstick is also rather impressive.

But admirers fear not—because a quick Google search has turned up that the shade still is available at Amazon for the retail price of $22. It’ss listed as a “#1 Best Seller” in lipstick. Better get it while you still can because it likely won’t last long there, either.