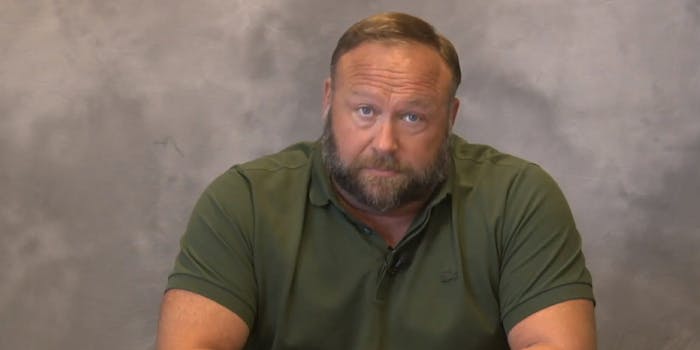 A deposition of Alex Jones, the head of InfoWars, was released on Friday as part of a lawsuit brought against him by a parent of one of the victims of the Sandy Hook shooting.

HuffPost published a transcript of the deposition that took place earlier this month. The law firm representing the parent of the victim, Kaster Lynch Farrar & Ball LLP, published the deposition on YouTube.

Jones is being sued by a number of parents of victims, including Scarlett Lewis, whose lawsuit led to the deposition released on Friday.

In the deposition, Jones looks uncomfortable at times as a lawyer presses him about his views about Sandy Hook, including how Jones at times called it a “false flag” operation. A number of clips were shown to the InfoWars host where he made comments about the shooting on the show, including calling it “staged.”

During it, Jones also says he “almost had like a form of psychosis back in the past where I basically thought everything was staged, even though I’m now learning a lot of times things aren’t staged” as a way to justify his Sandy Hook conspiracy mongering.

He added that his opinions may have “been wrong; but they were never wrong consciously to hurt people.”