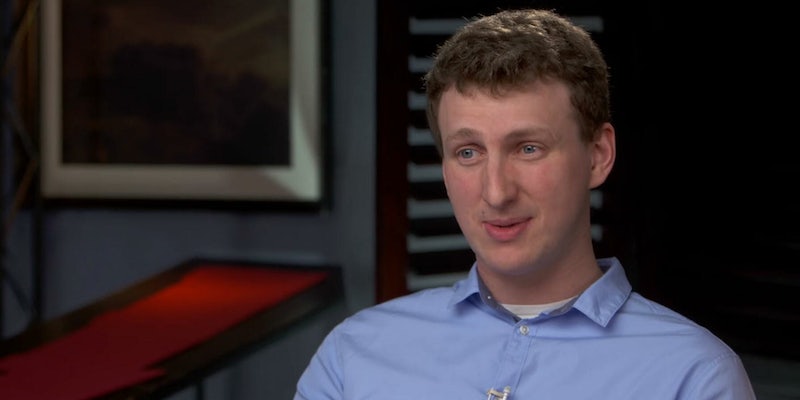 He thought 'everybody knows and nobody cares' about data collection.

The man who sold the personal information of millions of Facebook users to Cambridge Analytica says he’s sorry.

Aleksandr Kogan, the Cambridge professor at the heart of the scandal that sent Facebook’s reputation into a tailspin told 60 Minutes he is “sincerely sorry” for thinking you didn’t care about your privacy. Kogan is the developer behind the controversial “thisisyourdigitallife” app that collected certain information—location, gender, interests, etc.—about users and their friends. He compiled the data from 87 million people and sold it to political data firm Cambridge Analytica where it was used to try and manipulate their vote in the 2016 presidential election.

Mark Zuckerberg called Kogan out during his lengthy testimony before Congress, claiming the psychologist violated Facebook’s terms of service by selling the data he collected. Kogan owned up to it, admitting the transaction likely violated Facebook’s developer policy, a long-winded document he’s not even sure he read.

He failed to disclose that what he was really after was access to their friends and that he was doing the survey for Cambridge Analytica which used the material to influence people on how to vote. (2/2) #60Minutes pic.twitter.com/lkVaiENxTd

“This is the frustrating bit, where Facebook clearly has never cared. I mean, it never enforced this agreement,” Kogan said. “They’ll let you know if you do anything wrong. I had a terms of service that was up there for a year and a half that said I could transfer and sell the data. Never heard a word.”

Kogan, who clarified in an interview with BuzzFeed that he’s not a Russian spy, doesn’t deny knowing what the information would be used for. When asked, he said he knew it was for the elections and deduced the Republican party would be the primary beneficiary. Yet, he sold the data anyway thinking “everybody knows and nobody cares” that their information was being shipped over to a third-party without consent, a mindset he now recognizes was “fundamentally flawed.”

“Back then, we thought it was fine. Right now, my opinion has really been changed,” Kogan said. “If I had any inkling that I was going to cause people to be upset, I would’ve never done it.”

The reason Kogan was able to capture information from so many users comes down to a troubling Facebook permission that let developers obtain data on the friends of those who downloaded their app. Therefore, if one of your friends downloaded Kogan’s app and quickly clicked through its permissions, your data was also scraped and likely sold to Cambridge Analytica. Kogan said collecting information about friends without their explicit consent was a “core feature” of Facebook and something any developer could do.

Even more troubling, when asked about how many apps have similarly mishandled data, Kogan replied “tens of thousands.”

The relationship between Facebook and Cambridge Analytica appears to have been closer than expected. The social network now employs the former co-director of the data firm, Joseph Chancellor, who Kogan says he worked with extensively. Kogan also worked with Facebook on a contract basis, helping them create surveys in 2013 and 2015.

Facebook claims that “at no point during these two years was Facebook aware of Kogan’s activities with Cambridge Analytica.” He was banned from the social network last month alongside whistleblower Christopher Wylie, Cambridge Analytica, and its parent company SCL Group.

Kogan will testify before British Parliament next week to answer questions regarding his involvement in the privacy breach.