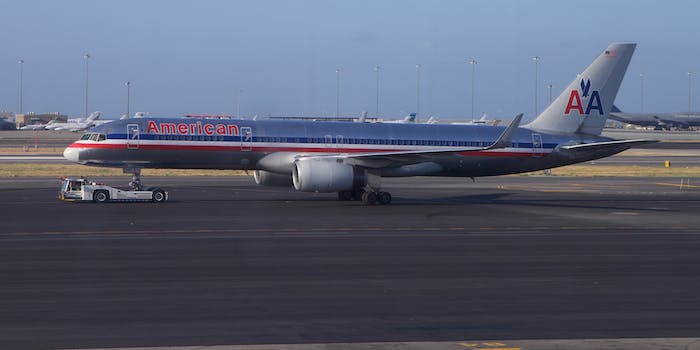 If this is the kind of security state we're living in, maybe the terrorists have already won.

The post-9/11 American security state has reached the point where Wi-Fi network names can cause airport scares.

ABC 7 reports that an American Airlines jet missed its scheduled takeoff time for a flight from Los Angeles to London because a passenger noticed that someone on board was broadcasting a Wi-Fi signal called “Al-Quida Free Terror Nettwork.”

Despite the fact that a real Al Qaeda member probably wouldn’t misspell his branded wireless network, authorities grounded American Airlines Flight 136 and brought it back to its departure gate.

“Passengers were reportedly not allowed to leave the plane for about three hours,” ABC 7 reports. “Travelers said they were initially told that it was some sort of maintenance issue.”

The sad part is, this isn’t even an original idea:

Hey al-Qaeda, mind if I borrow some wifi? http://t.co/RK4WqezPj9