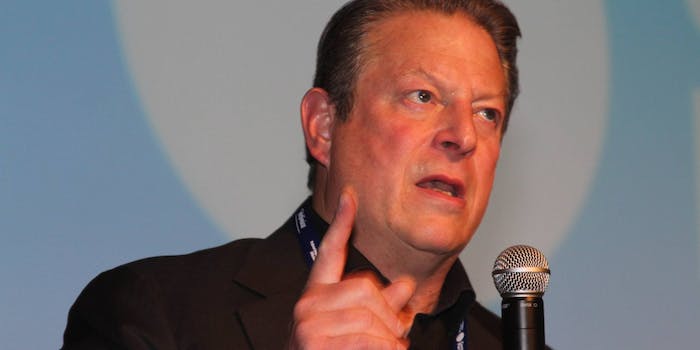 The event was called off without explanation.

Former Vice President Al Gore has stepped in to host a climate change conference that had been organized then canceled without explanation by the Centers for Disease Control and Prevention following President Donald Trump’s inauguration.

The summit, which will proceed without federal government support, will now be held at a nonprofit venue in Atlanta on Feb. 16 hosted by Gore and the American Public Health Association.

Gore has been an outspoken advocate of climate change reform and was behind the 2006 Oscar-winning documentary An Inconvenient Truth.

Although it was originally planned to take place over three days, the new summit will last just one day. Already it has the support of sponsors such as Harvard Global Health Institute, the Turner Foundation, and the Climate Reality Project.

Members of the scientific community criticized the CDC for calling off the event earlier this week when it issued emails to attendees and speakers to notify them of the cancellation. Georges Benjamin, executive director of the American Public Health Association who helped revive the summit, described the CDC’s decision as a “strategic retreat” motivated by fear of Trump’s science-skeptic administration.

In a statement, Gore underlined the importance of conferences like the one that was long-planned and upheld the obligation to push forward with it.

“Today we face a challenging political climate, but climate shouldn’t be a political issue,” Gore said. He added, “Health professionals urgently need the very best science to protect the public, and climate science has increasingly critical implications for their day-to-day work.”

“With more and more hot days, which exacerbate the proliferation of the Zika virus and other public health threats, we cannot afford to waste any time.”