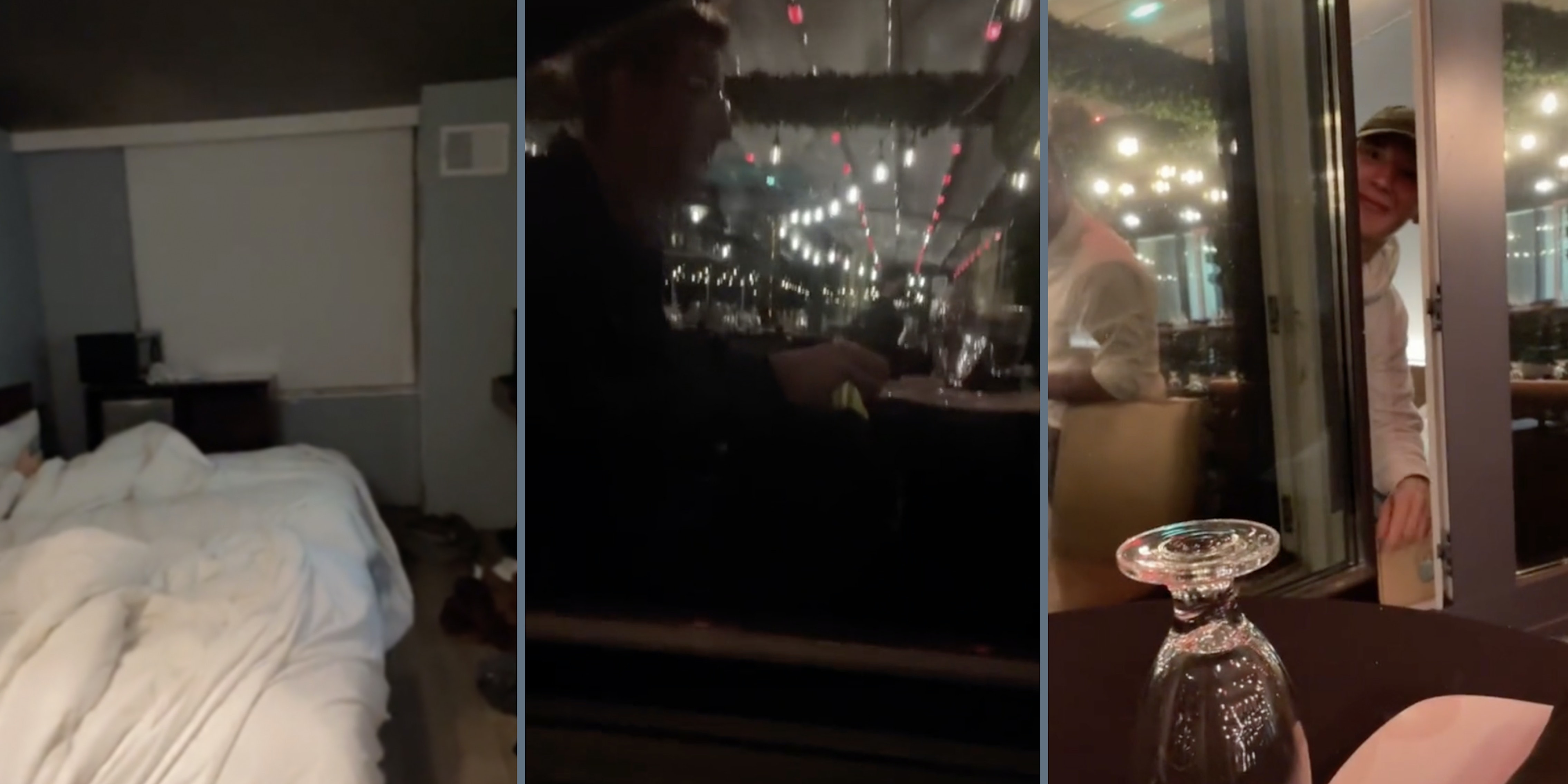 ‘How is this legal’: TikToker discovers her Airbnb window is connected to restaurant dining room (updated)

‘I can open the window and touch their table.'

A TikTok creator assumed her New York City Airbnb was going to be more private, but quickly realized that it was directly connected to a restaurant dining room.

Desiree Baker (@desireerosebaker) uploaded a video on Sunday from her Airbnb, showing people what her booking looked like online. The listing advertised a view overlooking the Manhattan skyline. When she opened her windows, she found a completely different scene.

“There’s no buildings, we’re in a restaurant,” Bakers says in the video, “Let me show you.”

She then records the view outside of her window, which appears to look directly into a restaurant and overlooks a table placed against the window.

“HOW IS THIS LEGAL you literally [cannot] make this up. I can open the window and touch their table,” Baker wrote in the caption.

Since the video was posted, it has received over 5 million views. Viewers replied with their reactions to Baker’s video, with one comment saying, “When you said ‘in a restaurant’ I did not anticipate people RIGHT THERE.”

Others suggested playing pranks on the guests, “AirDrop them a photo of themselves” and made jokes like “I think you’re their server bestie.” Many of the comments suggested that she contact Airbnb to get a full refund because the room was “falsely advertised.”

In a follow-up video, Baker decided to make the most of the experience and went to visit the restaurant. She realized that the windows are made of one-way glass, so diners assume the windows are just mirrors. Baker has yet to explain the situation further.

In an email, a spokesperson for Airbnb told the Daily Dot that they “don’t know anything about it,” so they “can’t really comment.” In a reverse Google image search by Airbnb, they said the results presented a website for a residence called the Outpost Club.

The Daily Dot reached out to Baker for comment.

Update 4:21 pm CT, Dec. 22: In a statement to the Daily Dot, hotel manager Yulia Letenko said the Outpost Club, like other buildings in New York City, had to manage “the constraints of a building with an unusual floor plan.”

“Only six out of our 86 rooms are terrace-facing, and our policy is to place guests in those rooms only when no others are available, or upon request,” Letenko said. “These rooms are offered at a discounted price, guests are notified in advance about the restaurant, and we allow guests who do stay in those rooms to move as soon as another room becomes available. Many of the guests who stay in our terrace-facing rooms appreciate having a discounted option available near popular tourist destinations.”