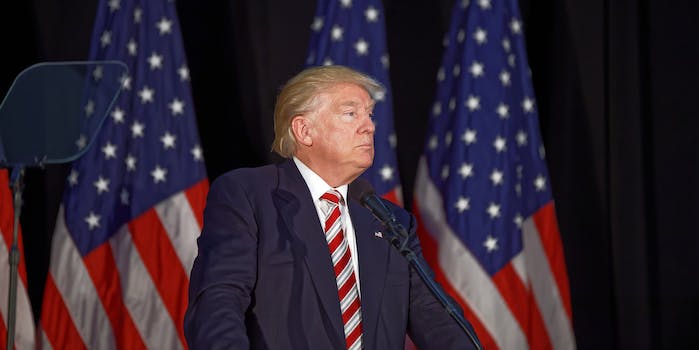 Are you ready to make America great again for four years?

Donald Trump will be the next president of the United States.

That’s according to an artificial intelligence system that accurately predicted the last two presidential elections and the Republican primary, reports CNBC.

Dubbed MogIA, the system is fed some 20 million data points, including data from social media like Facebook and Twitter as well as Google and YouTube. With that data, MogIA has successfully predicted the future.

The key to these accurate predictions, according to its creator, Sanjiv Rai, founder of India-based startup Genic.ai, is measuring the level of engagement a candidate generates. Trump has by far the most engagement, Rai says, topping President Barack Obama‘s 2008 high by 25 percent.

The results of the MogIA prediction contradict most polls, which show Hillary Clinton, the Democratic nominee, leading Trump by healthy margins. Republican insiders, however, believe the polls underrepresent Trump’s support, according to a Politico survey.

Rai said in his report shared with CNBC that it would be more surprising if his AI’s prediction is wrong.

“If Trump loses,” he wrote, “it will defy the data trend for the first time in the last 12 years since Internet engagement began in full earnest.”