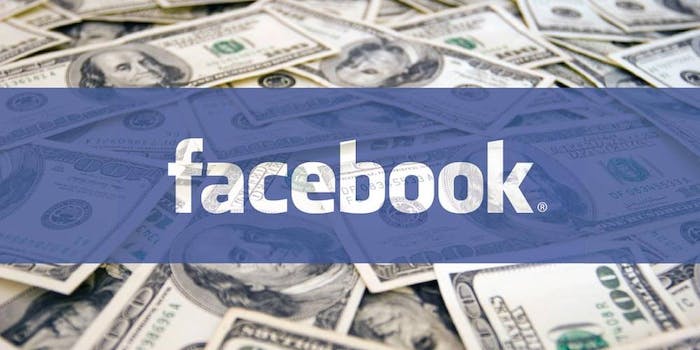 Facebook has fired the accused contractor following an internal investigation.

An advertising company successfully bribed a Facebook contractor to reactivate its accounts after being taken down for violating the platform’s rules, BuzzFeed News reports.

The company reportedly behind the bribes, San Diego-based marketing firm Ads Inc., is accused of paying out thousands of dollars to ensure its advertising scam remained active on the social network.

The ads not only included false claims surrounding celebrities but also conned Facebook users “into signing up for an expensive monthly subscription for a product that was initially marketed as a free trial.”

Although Ads Inc. stated that it would be closing its doors in October after an investigation by BuzzFeed News, former employees have reportedly begun disclosing the inner workings of the company.

Among the claims, which are also based on chat logs from the company, Ads Inc. CEO Asher Burke worked with at least one Facebook contractor to have its ad accounts reactivated anytime they were pulled from the platform.

Burke and a Facebook contractor, referred to in chats as “Ryan,” made at least one deal in 2018. Ryan would be paid $5,000 upfront and receive a potential monthly retainer of $3,000 to keep Ad Inc.’s ad accounts afloat.

“As far as payment goes. I’d prefer 3k/mo for a min of 3 months,” Ryan allegedly wrote. “Or a flat 5k fee to try and resolve this issue for you and be at your service for about a month. Something along those lines.”

The contractor in question has since been fired after Facebook became aware of the BuzzFeed News investigation.

“This behavior is absolutely prohibited under our policies and the individual is no longer working with Facebook,” a Facebook spokesperson told the outlet. “We’re continuing to investigate the allegations and will take any further necessary action.”

The incident is yet again raising questions about Facebook’s power and whether the company is even capable or willing to protect its users.