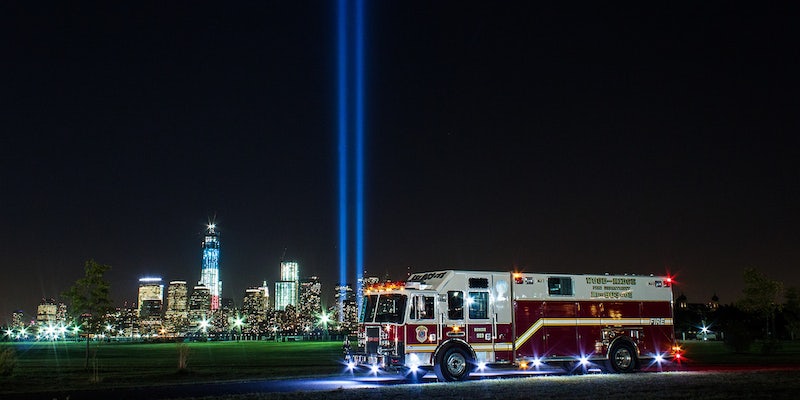 Will the American people ever get the full story?

Later this week, a bipartisan coalition of lawmakers plans to call on President Obama to release a redacted, 28-page section of the Joint Inquiry into Intelligence Community Activities before and after the Terrorist Attacks of September 11, 2001. Former senator Bob Graham (D-Fla.), a prominent critic of the meticulously redacted report, will join Reps. Walter Jones (R-N.C.) and Stephen Lynch (D-Mass.) at a Wednesday press conference to discuss what the report leaves out—and why.

According to Graham, the pages in question detail the Saudi Arabian government’s role in funding the terrorists who carried out the Sept. 11, 2001, terrorist attacks.

The 28 pages implicating Riyadh in a murky web of terror financing were removed from the report before it was released in December 2002 by the Senate Select Committee on Intelligence and the House Permanent Select Committee on Intelligence. (The congressional report is different from the 9/11 Commission Report, which was carried out at the behest of President George W. Bush.)

“After eleven years, the time has come for the families of the victims, the survivors and all Americans to get the whole story behind 9/11,” Graham wrote in a 2012 op-ed in the Huffington Post. “Yet the story of who may have facilitated the 19 hijackers and the infrastructure that supported the attacks — a crucial element of the narrative has not been told.”

In his op-ed, Graham charged that it was unlikely that the 9/11 hijackers—most of whom did not speak English and had never before visited the United States—could have pulled off the single most destructive terrorist attack in history without significant assistance.

“The inquiry proved those suspicions justified, and a 28-page chapter in its report centered on sources of foreign support for some of the September 11 hijackers while they were in the United States,” Graham wrote. “That chapter remains censored, denied to the American people.”

Graham also suggested in his editorial that there was more evidence linking the Saudi government to Islamic extremism.

“Those 28 pages represent only a fraction of the evidence of Saudi complicity that our government continues to shield from the public,” he wrote, “under a flawed classification program which appears to be part of a systematic effort to protect Saudi Arabia from any real accountability for its actions.”

Reps. Jones and Lynch introduced a bill last year demanding the declassification of the redacted portion of the report. Even though the bill attracted a broad, bipartisan group of cosponsors, it languished in committee. The congressmen plan to reintroduce the legislation sometime soon.

While the section of the report discussing Saudi Arabia has been withheld from the public, lawmakers, including Rep. Thomas Massie (R-Ky.), have been allowed to read it in a high-security room.

At his press conference, Massie, who is one of the 21 co-sponsors of the Jones–Lynch bill, described the process of entering the government’s soundproof room and reading the documents without being able to take notes.

“This is something that’s sort of shocking when you read it,” he said. “I had to stop every couple pages and absorb and try to rearrange my history for the past 13 years and the years leading up to that. It challenges you to rethink everything. I think the whole country has to go through that.”

Massie concluded his speech by challenging every sitting member of Congress to read the 28 pages for themselves, but at least one of his colleagues ran into trouble attempting to do so. The firebrand Florida Democrat Alan Grayson told the Broward Bulldog that he recently request access to the document but was rebuffed.

The House Intelligence Committee voted along party lines to block Grayson’s access to the redacted section, likely due to Republican fears that the oft-outspoken congressman would disclose the classified information to the public on the floor of the House, where it would be recorded in the public record. (Members of Congress cannot be prosecuted for revealing classified information during official congressional proceedings.)

Rep. Mike Rogers (R-Mich.), the committee’s chairman, brought up a separate case involving Grayson and classified information disclosure in calling for the committee to block Grayson’s request, but Grayson said that Rogers had his facts wrong.

“When The Guardian reported on the fact that there was universal domestic surveillance regarding every single phone call, including this one, I went to the floor of the House and gave a lengthy speech decrying it,” Grayson told the Bulldog. “Chairman Rogers told the committee that I had discussed classified information on the floor. He left out the most important part that I was discussing what was reported in the newspaper.”