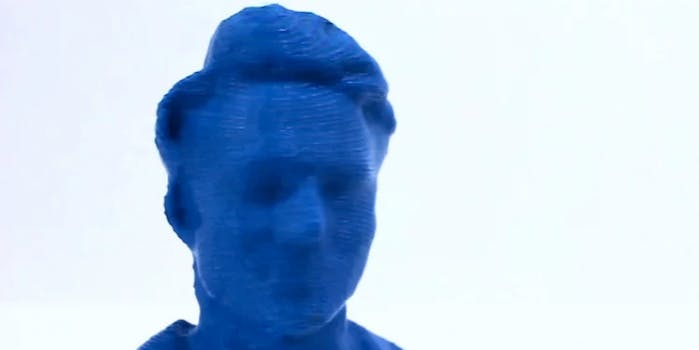 Unlike Sosa’s politically inspired project, B3D HEAD apparently has its roots in academia—specifically, Whitehurst’s studies at New York University, where he first learned about teledildonics, or remote-controlled sex toys, which are used by people in long-distance relationships. He launched B3D HEAD as a way to make long-distance sex “a bit more fun,” according to Refinery29.

Whitehead hopes to officially launch B3D HEAD in time for Valentine’s Day 2015. All things considered, it’d make for a much better gift than menstrual blood chocolates.