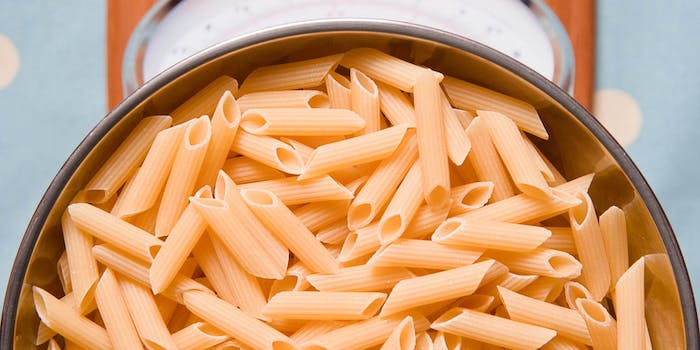 Barilla will be 3D-printing this contest winner’s pasta design

Crowdsourced product design is the future of capitalism.

Pasta is one of the more versatile foods in grocery stores, in the sense that it’s available in multiple sizes, shapes, and colors. While attempts to popularize healthier alternatives to the starch-packed carb have been made, its various shapes have largely remained the same. Thanks to a contest from pasta brand Barilla and the magic of 3D printing, however, your favorite Italian dish could soon get a modern twist.

Thingarage, an Italy-based crowdsourcing company for 3D-printable models, revealed the winners of the PrintEat! contest earlier this week. Barilla had commissioned Thingarage to collect submissions for new, 3D-printable pasta shapes, and the company received over 200 designs from more than 530 designers from 20 different countries around the world.

The winner was a bio-dynamic noodle, “Rosa Pasta,” designed by French industrial designer Loris Tupin, that blooms into a rose when it’s dropped into boiling water. 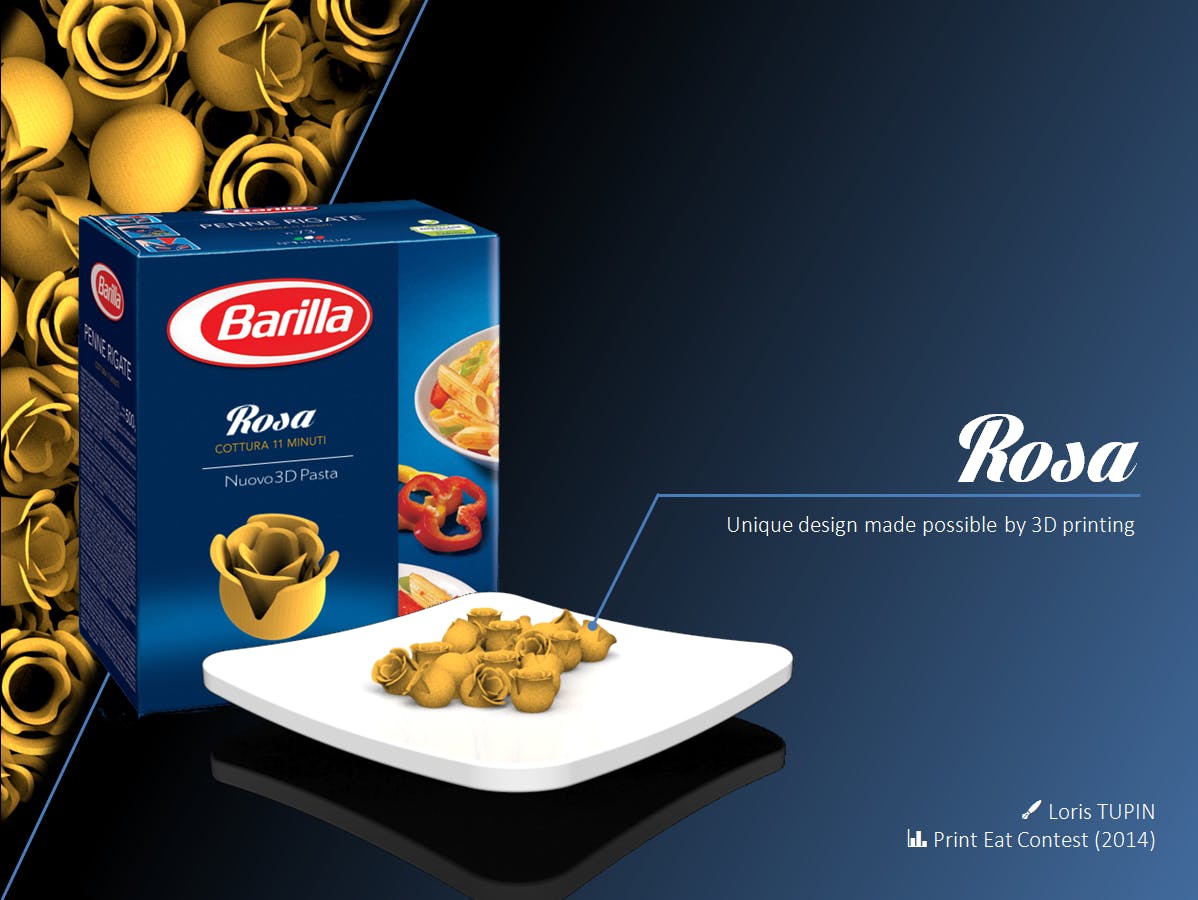 The runners-up included “Vortipa,” a vortex-based pattern that “resembles a funny Christmas tree,” and “Lune,” a sphere-shaped pasta based on the moon. Holes in the model represent craters and are meant to “improve the interaction between pasta and sauces.” 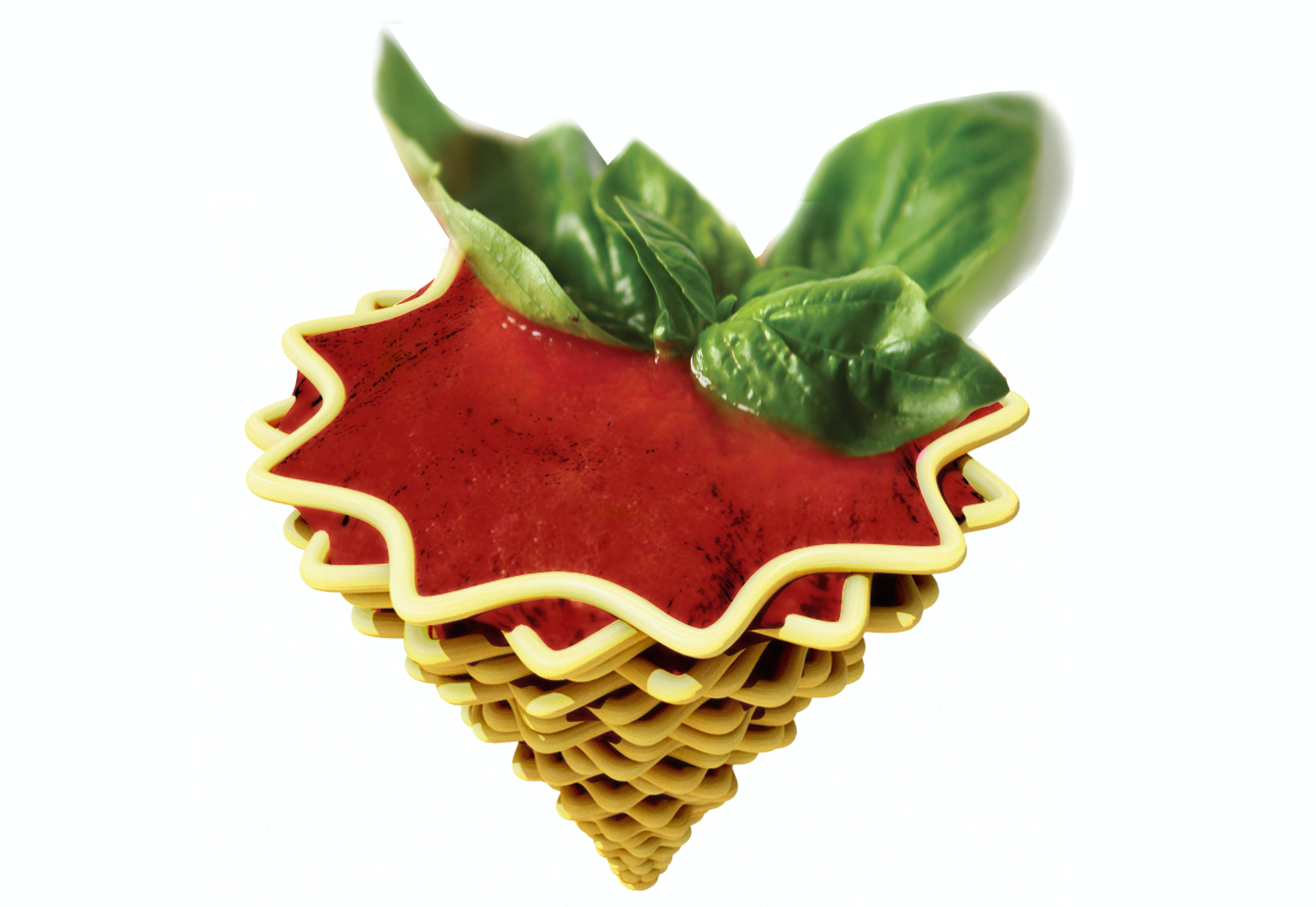 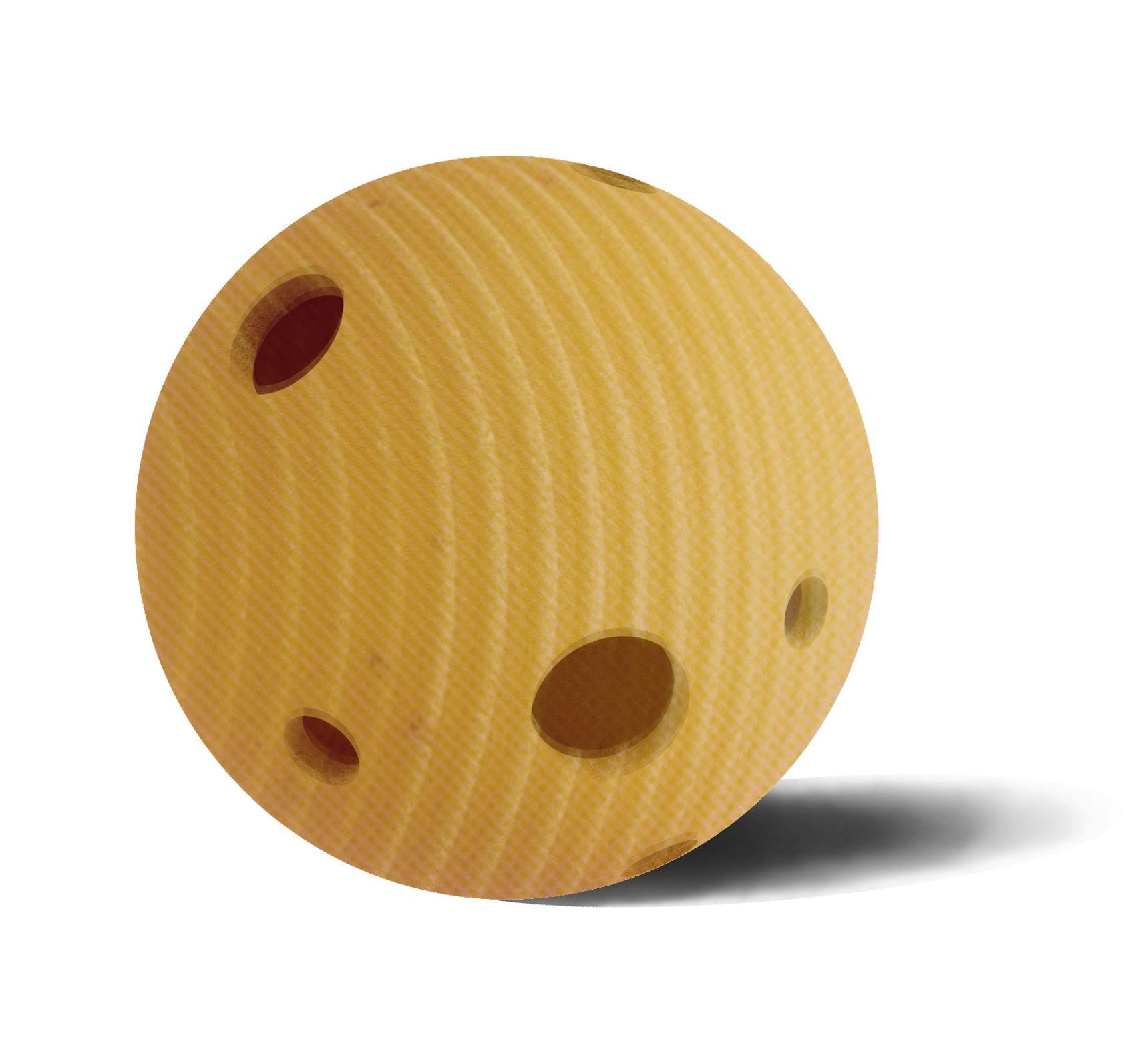 The contest followed reports last January that Barilla was partnering with a Dutch innovation organization, TNO, to make a 3D food printer for restaurants. A designer could bring in a file containing the pasta shape they wanted to print, and the restaurant would prepare it for them.

The winning rosebud pasta will be produced directly by Barilla, according to the contest page, but there’s no information about whether it might appear in restaurants or on store shelves.