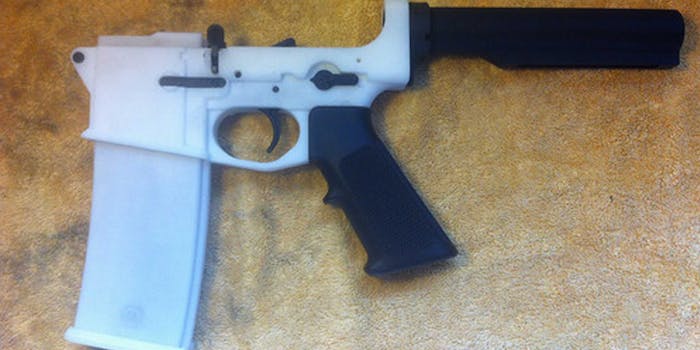 68 percent said printing or owning 3-D guns should be banned.

Americans don’t want guns fabricated with 3-D printers, and they don’t want you to have them either.

That’s the takeaway from a May 2013 Reason-Rupe poll in which 1,003 adults were interviewed over a wide array of topics that included marijuana legalization, approval of Congress, and bans on plastic bags. Also on the docket were a handful of questions pertaining to 3-D printers and their potential to manufacture firearms.

When asked whether Americans “should or should not be allowed to use [3-D printers] in their homes, 62 percent of all respondents stated that they should. Only 29 percent opposed the ownership of these devices, and 9 percent responded by saying that they didn’t know.

These figures just about inverted when the question of printing 3-D guns, now a real possibility thanks to Cody Wilson and Defense Distributed, was posed. When asked whether Americans should “be allowed to print their own guns or gun parts in their own homes,” 68 percent said no, 30 percent said yes, and only 2 percent did not give an answer.

Even amongst those who felt that Americans have a right to own 3-D printers—the 62 percent quoted above—only 44 percent felt that they also had a right to manufacture their own guns. In contrast, 53 percent of them are not okay with the printing of weapons at home.

As Reason’s J.D. Tuccille notes, these figures aren’t a reflection of an American populace wanting stricter control of guns in general, as evidenced by the fact that 62 percent of those interviewed felt that the U.S. Senate needed to move on to other issues instead of trying to focus on passing stricter gun laws.

These poll results must be reassuring for the National Rifle Association. Not only are Americans tired of Congress trying to pass tighter gun laws, but they’re also suspicious of 3-D guns. Also not a fan of these homemade devices is the NRA, which has received more than $40 million from gun manufacturers since 2005.